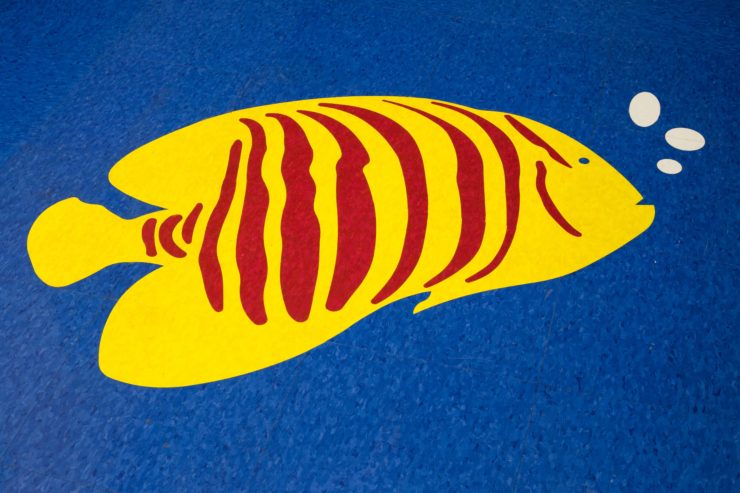 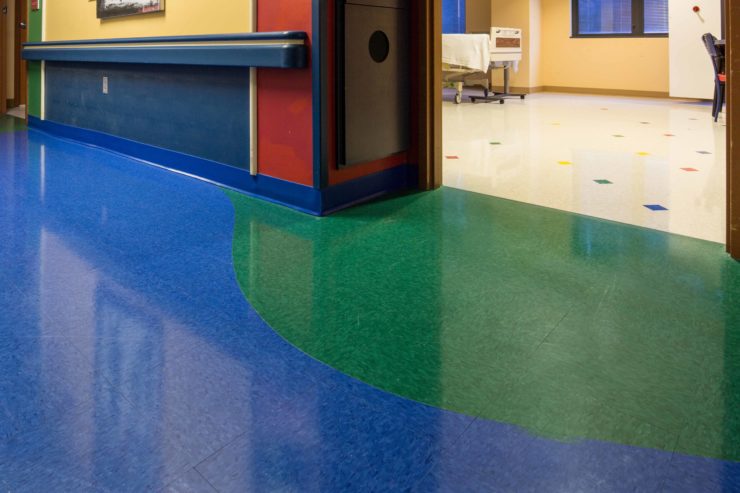 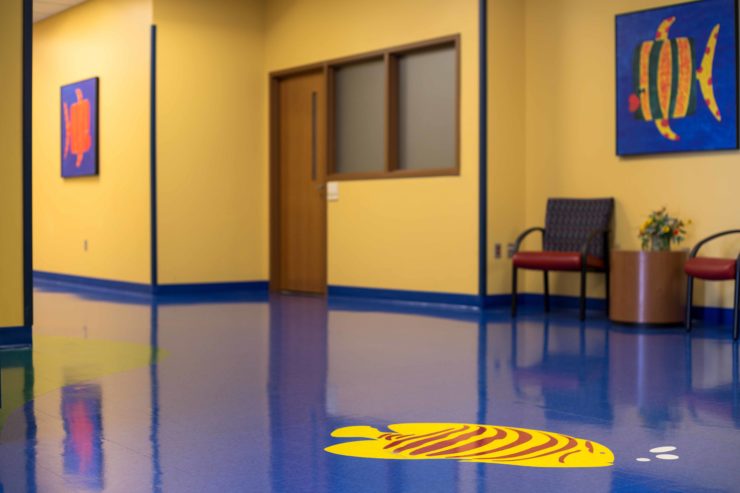 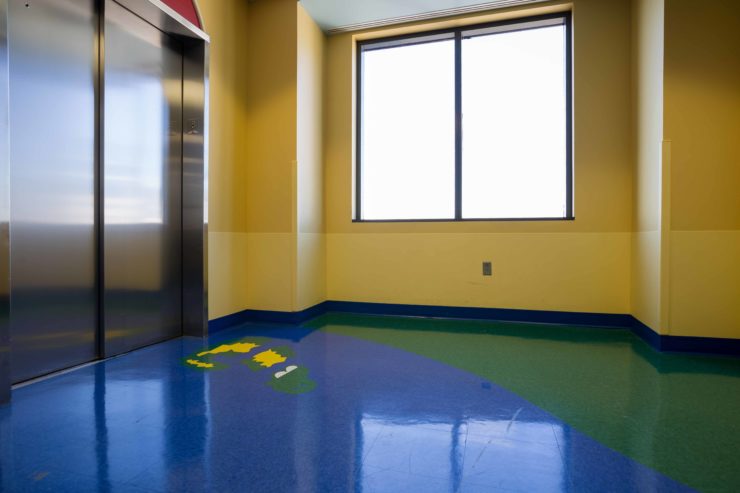 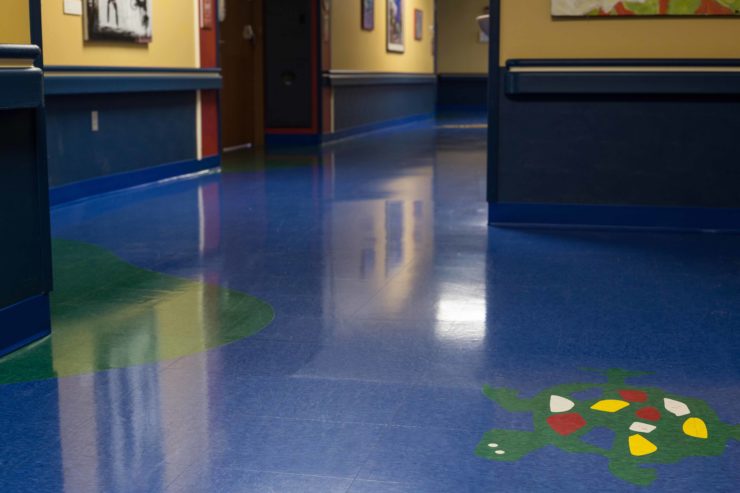 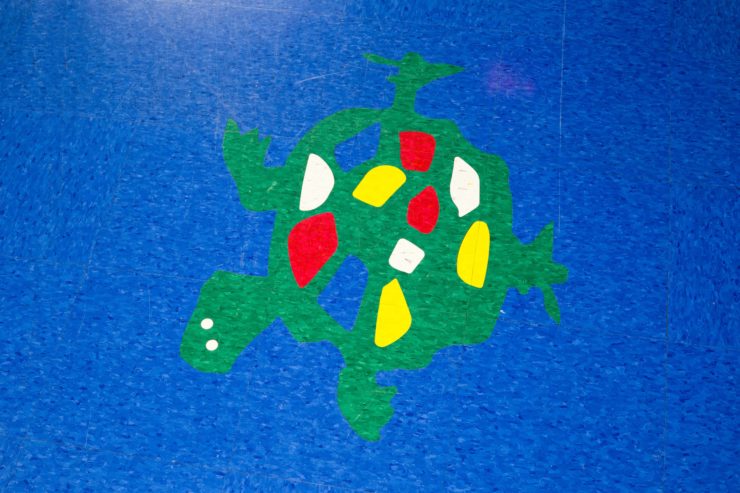 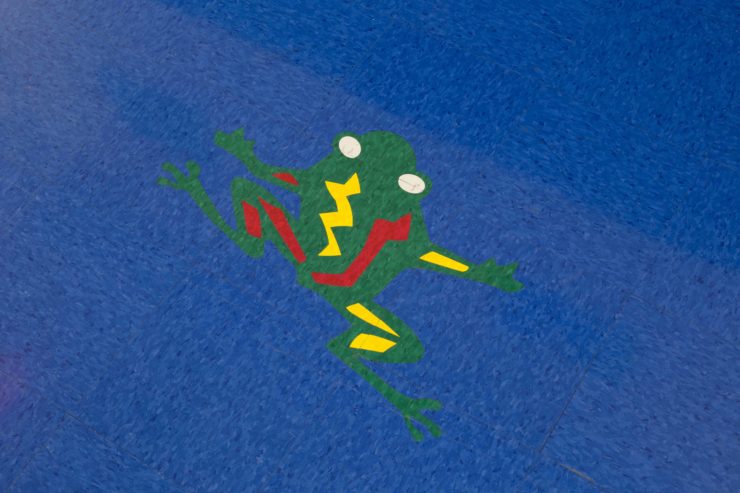 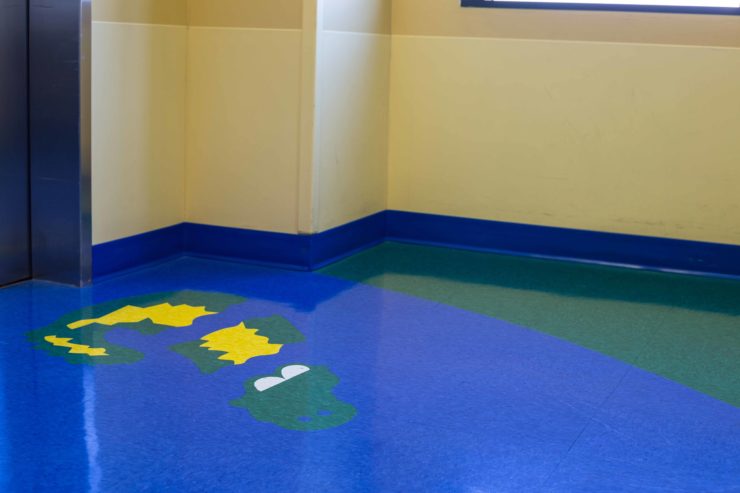 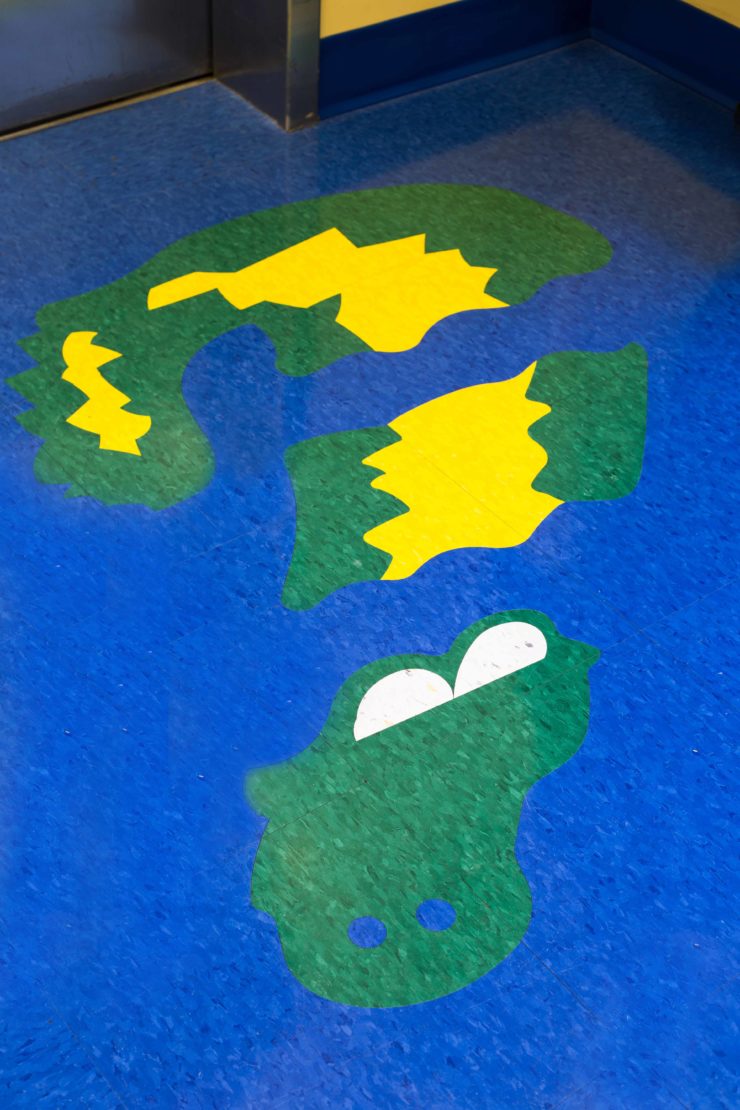 Frazier Rehab is a therapy facility that assist individuals with brain and spinal cord injuries with the 8th floor being dedicated to patients under 18 years old. This was a renovation of an occupied facility that had to remain functional throughout the project. We had to remove the existing sheet vinyl floor and scrape off remaining adhesive. 50% of the area required a fiberglass-reinforced membrane since the existing adhesive had never cured and after extensive research it was determined that this contributed to the previous sheet vinyl floor failure. We could only install half of the corridor at a time. Working from the center of the hallway to the wall we were able to keep a path open to foot, hospital bed and wheelchair traffic in order to accommodate the staff and patients needing access to their rooms. Elevator lobbies had to be done at night in order to minimize disruption and the entire project was also installed in 22 phases due to their patient census which only allowed for a maximum of 6 rooms to be vacated at a time. Coordinating with the medical suppliers and hospital IT staff to move equipment and the admissions office for patient placement we were not able to start installation until the 2nd week of May. In addition the project had to be complete by the end of May because of their fiscal year end billing. We coordinated installers to start in some areas at 8am and work until noon and then a 2nd shift to begin at 6pm and work until midnight in order to complete the project in time. Our installers had to deal with the pediatric patients on this floor who were curious and frequently ripped down our plastic barrier to see what we were doing. They would stop to answer questions before securing the barrier and continuing their work. We installed over 10,000 sf of patterned VCT including curves and accents, demo, skimming, moisture barrier and cove base. We completed the project successfully and 3 days ahead of schedule.