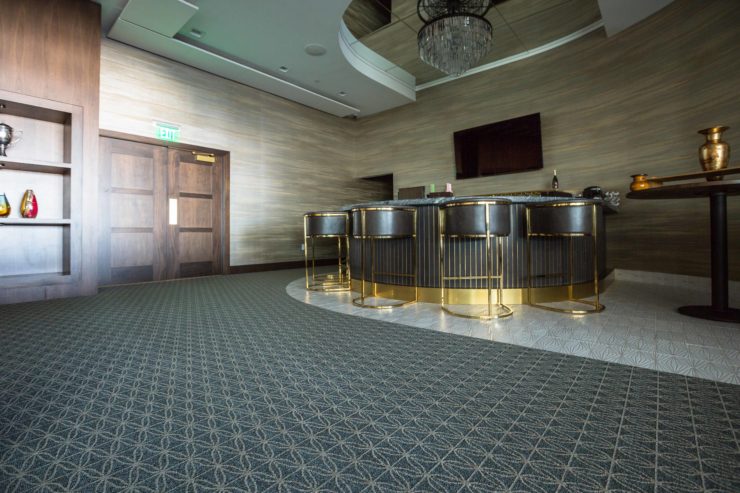 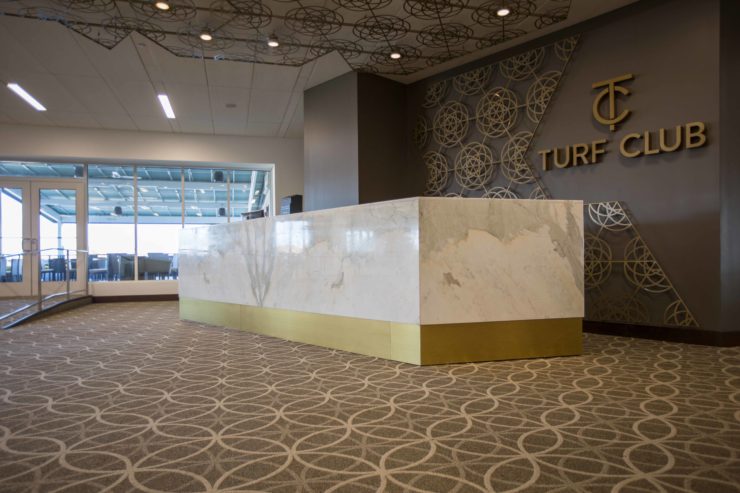 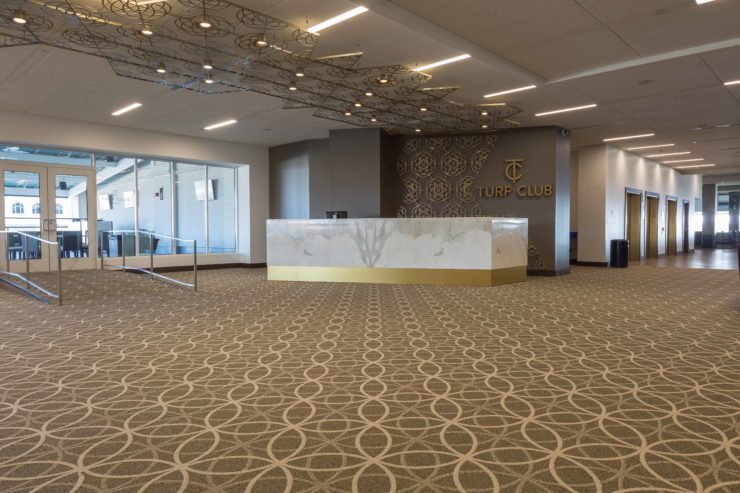 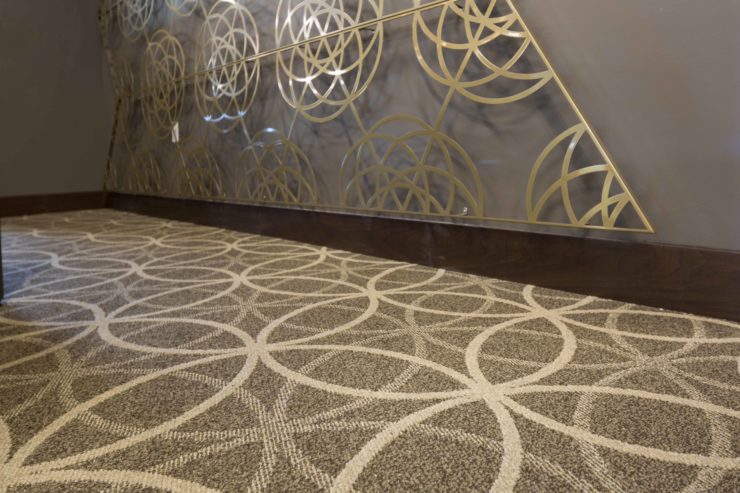 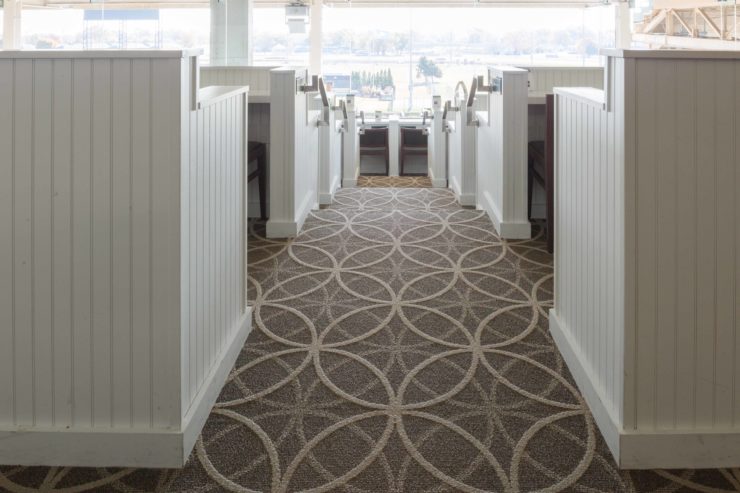 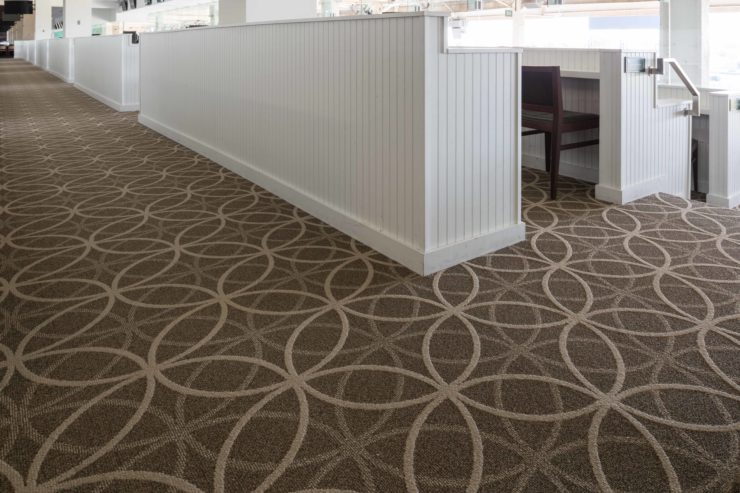 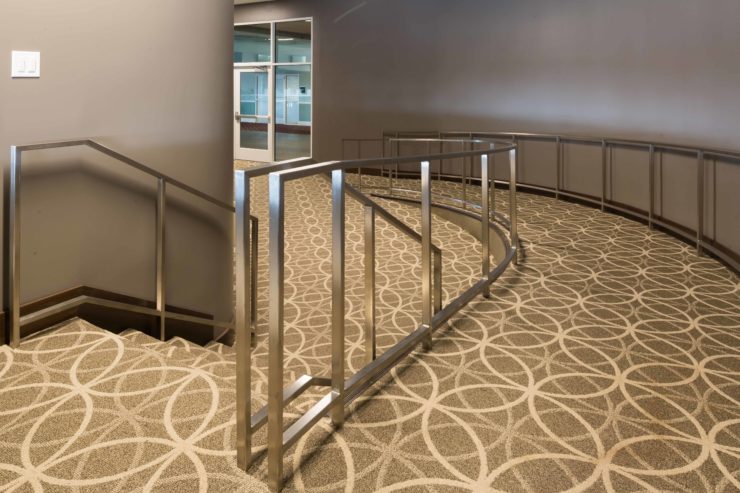 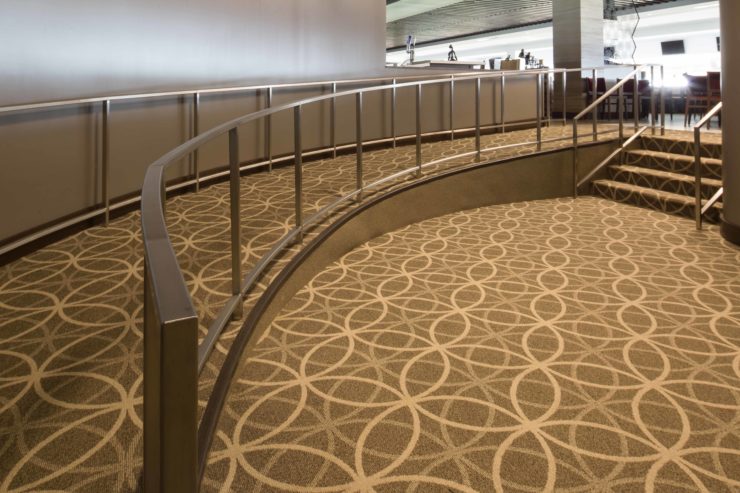 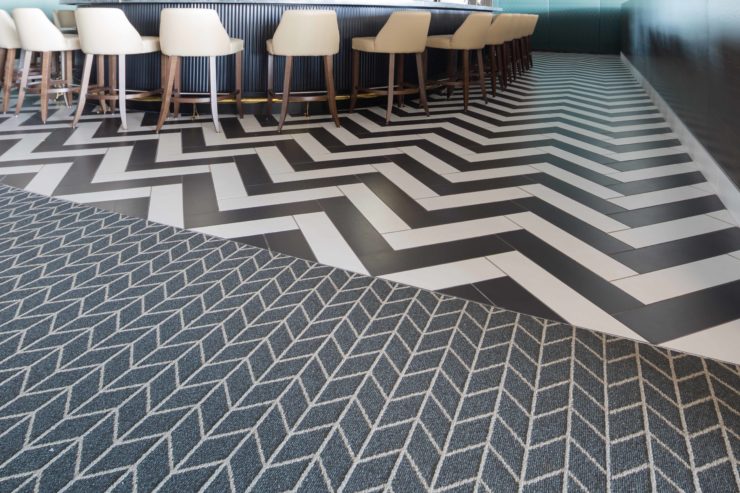 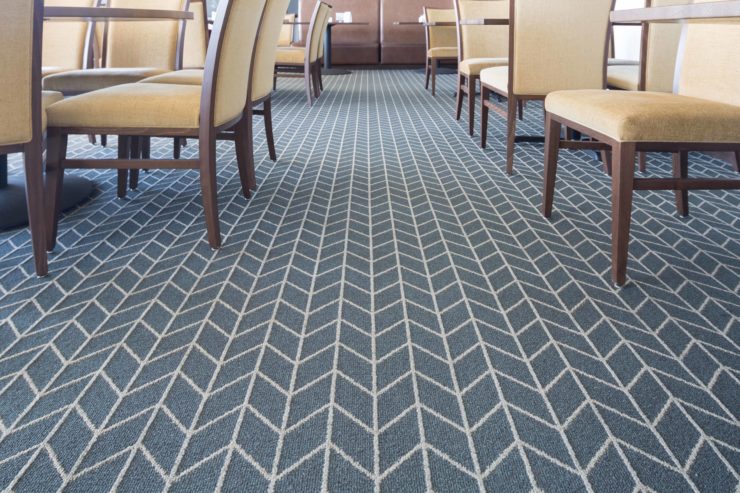 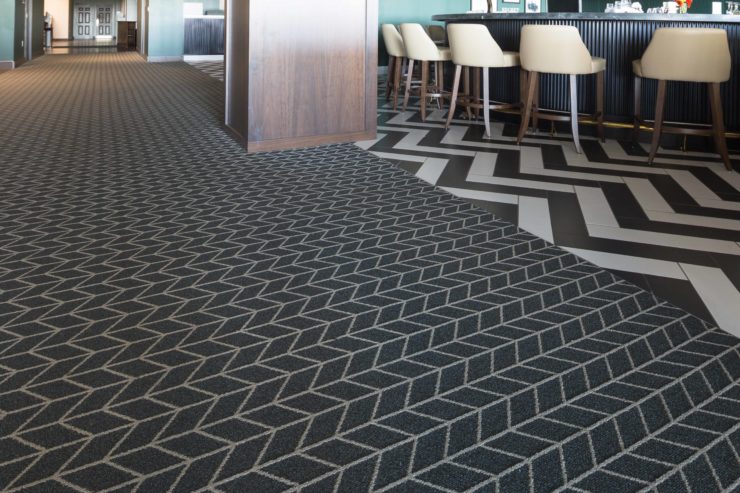 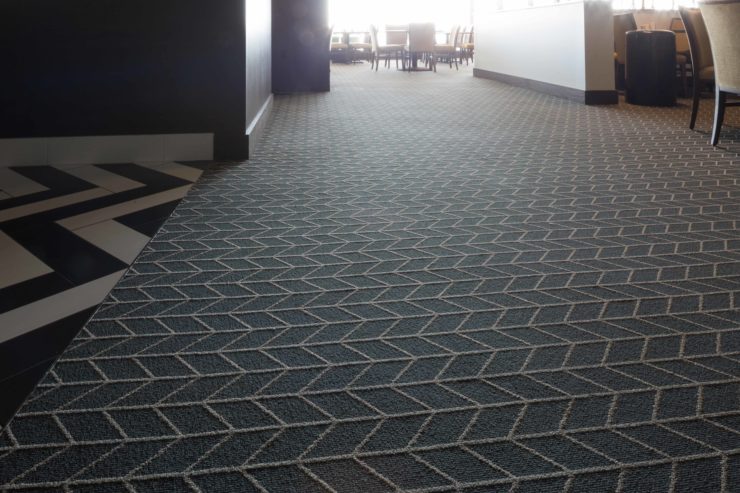 Tandus worked with Populus to design 3 custom carpets that were manufactured in Canada and had a 6 week lead time plus shipping. Carpet was ordered in early December for a completion date of March 31st and estimated installation schedule of 5.5 weeks for on 5-man crew. Carpet shipped from Canada on Jan 20th, slightly later than expected but still in time to receive, inspect, cut and start installation February 22nd. Unfortunately that's where our luck ran out. Problems with HVAC, cubical panel delay and long lead times on ceramic tile pushed our start date to March 8th. Finally on site it was a long, slow process working around other trades who were also behind schedule. Installation was further complicated with difficult pattern matches and the carpet had to be roll sequenced due to the dye method. This prevented us from working in multiple areas at the same time or increasing the manpower since the carpet had to be installed in a contiguous layout. Roll sequencing also required us to field cut the carpet, delivering large rolls to the 4th floor through a window with a crane. The March 31st completion date soon became impossible since other trades were again delayed with change orders preventing us from moving forward into those areas. One date would never change. The Kentucky Derby would be run on the first Saturday in May as it had for the last 140 years. On April 21st we were given the 4th floor to complete the most difficult pattern that also included multiple viewing boxes and stairs. Working 3 crews nearly around the clock we completed the punch list April 27th. On Monday May 2nd hundreds of racing fans flooded the 3rd and 4th floors admiring the newly renovated areas and never knowing how difficult this was to accomplish.