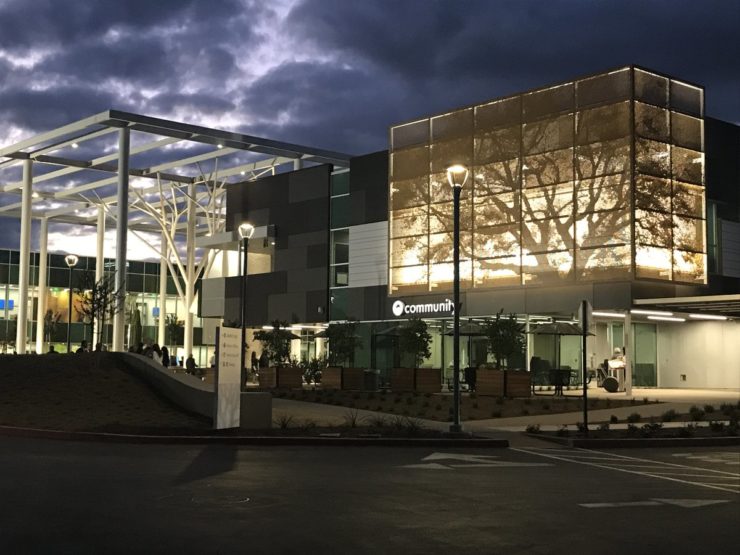 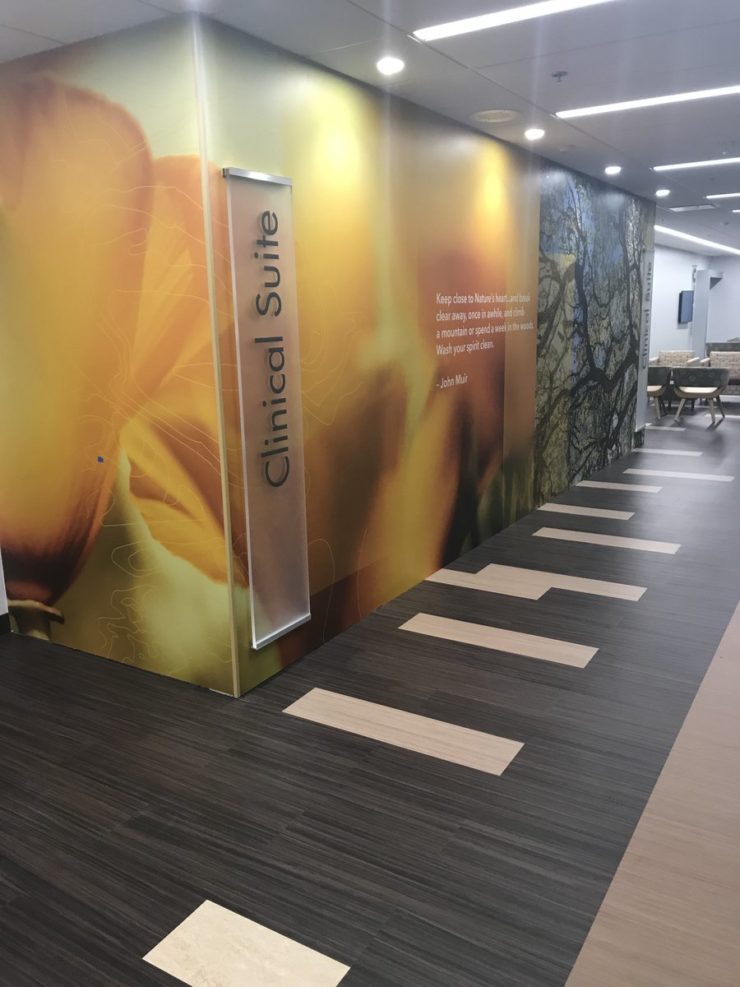 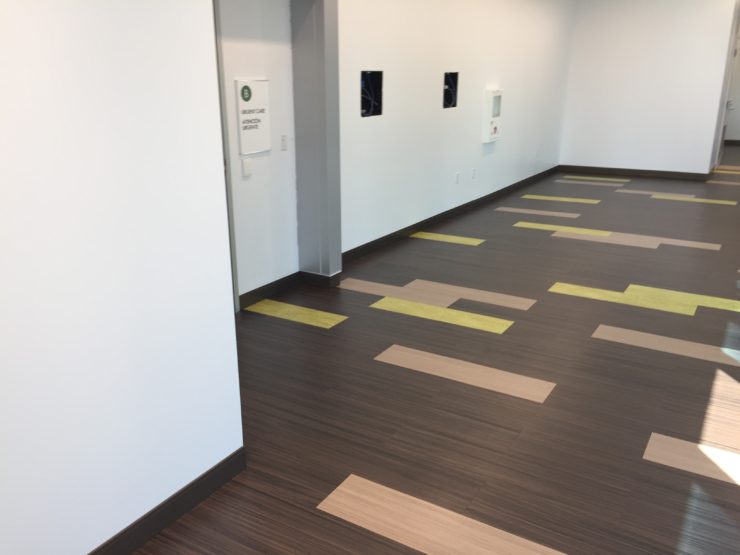 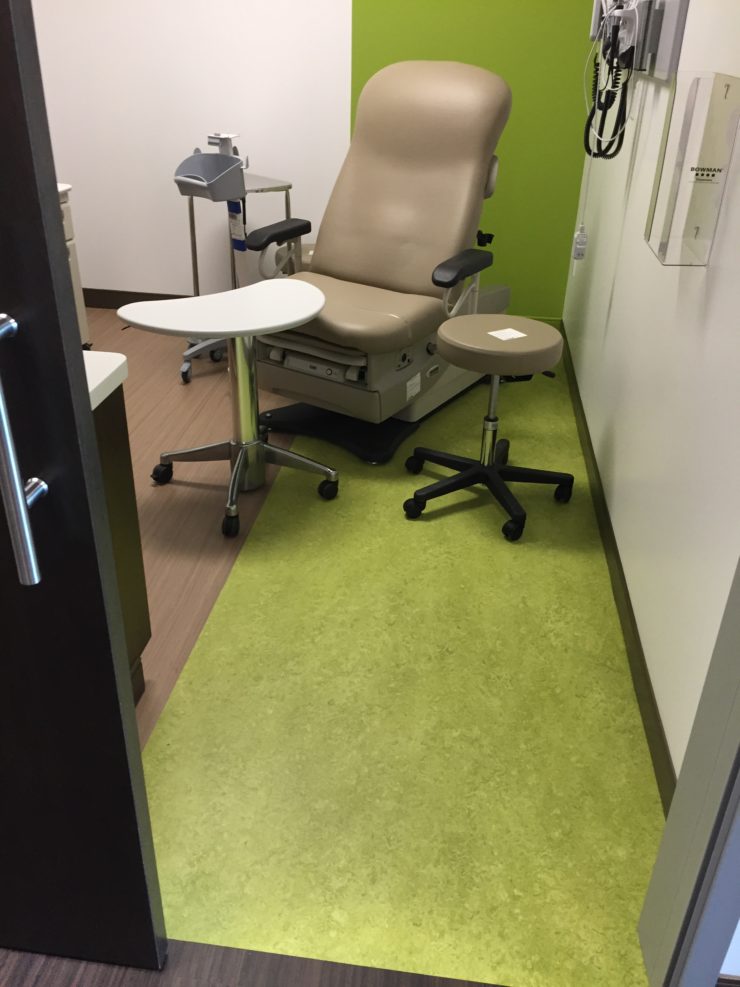 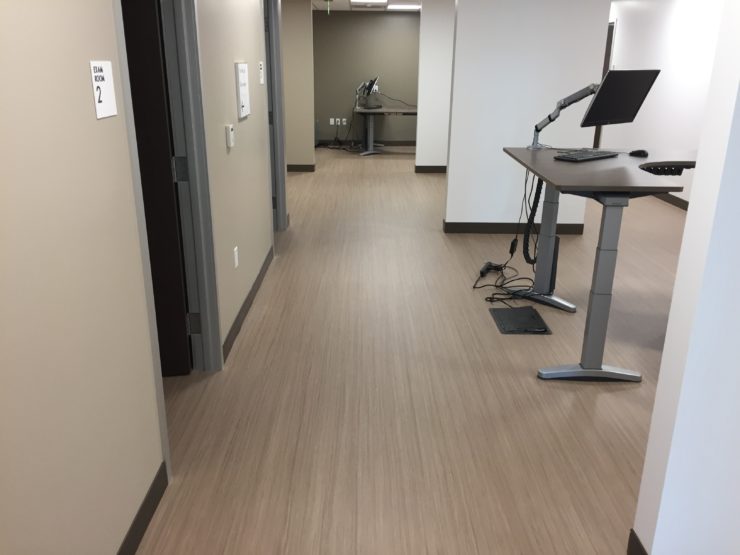 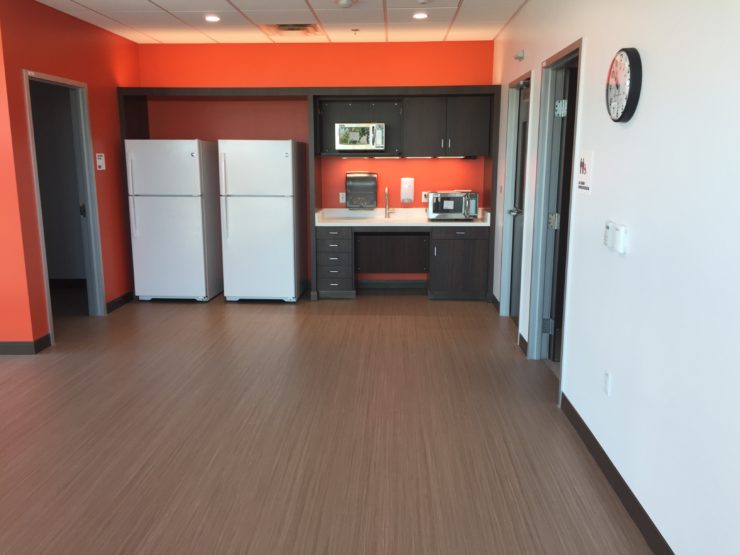 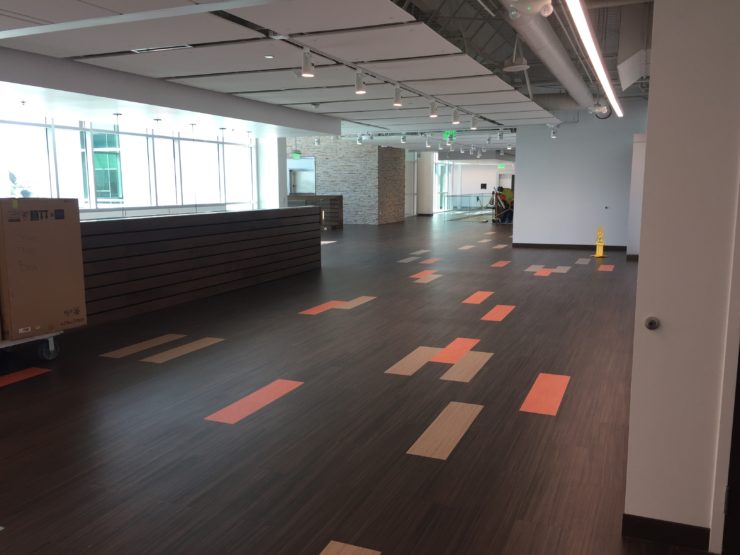 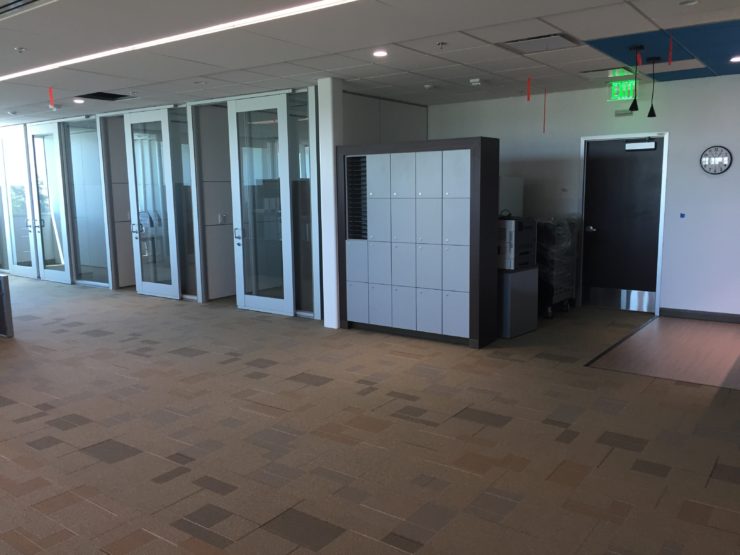 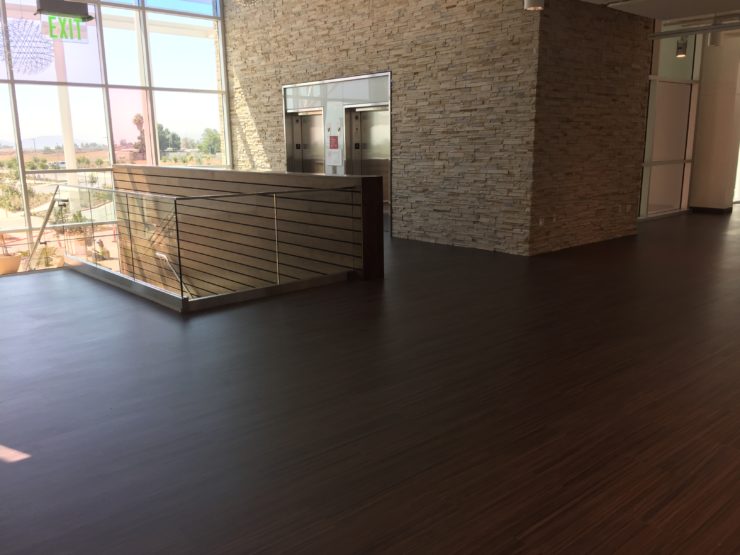 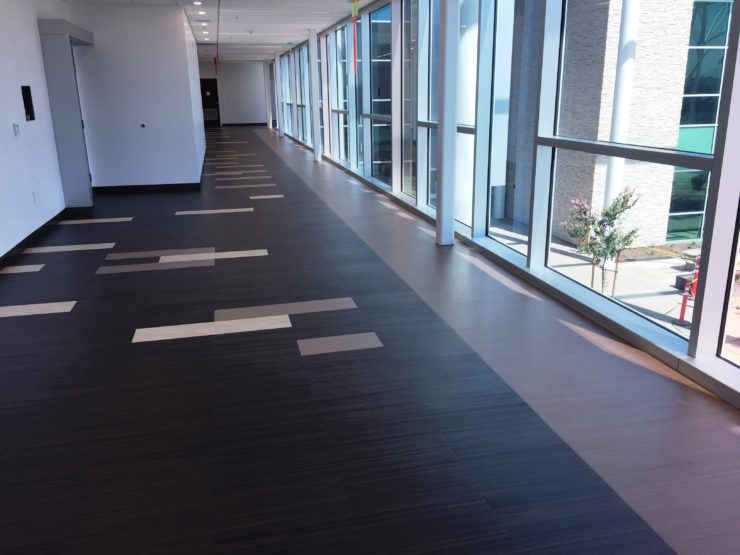 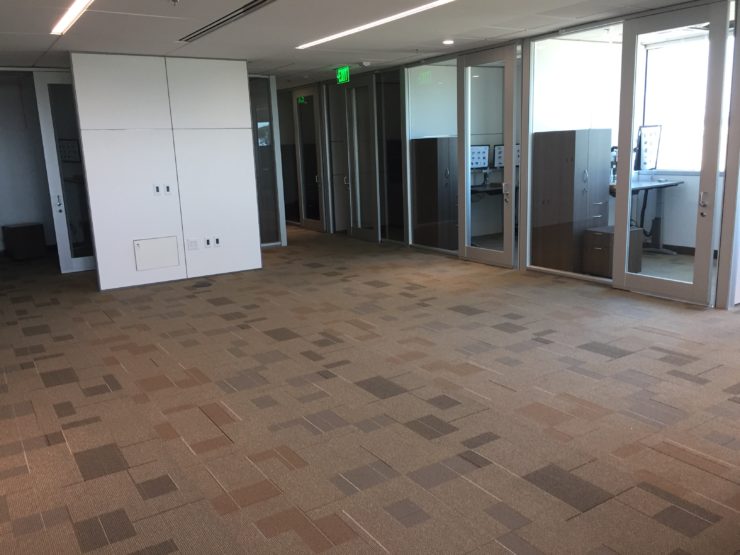 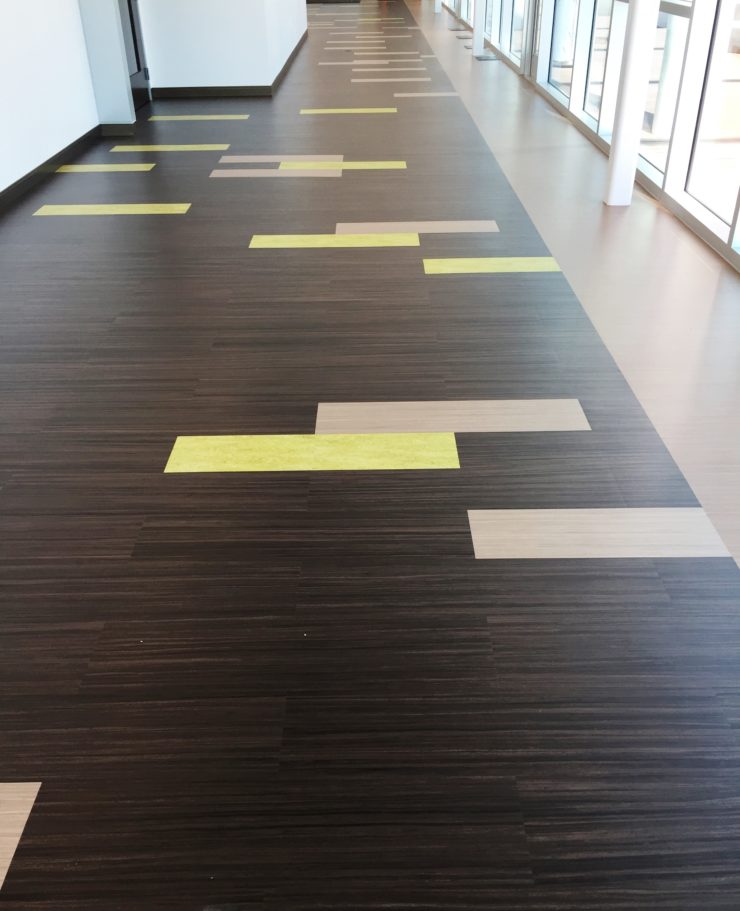 The winter of 2017 was one of the wettest on record for the Southern California area as the Southland received a record breaking amount of rainfall during the months of January and February. As can be expected, this severely affected construction schedule timelines and as in the case of the Murrieta Medical Office Building, created an extremely challenging installation for the contractors involved.

The facilities owners, arguably one of California’s largest medical provider, saw a dire need for the 80,000 square foot medical office to be erected in the region based upon its member population and the far proximity of other locations. When the substantial rainfall hit, the owner elected to attempt to hold the baseline schedule as best as possible, agreeing to pay contractors premium time to complete the expansive build out.

Respective to the floor covering process, this created quite a challenge. On-grade and slab on metal deck concrete had already been poured for the structure leaving the building exposed to downpour as the roof had yet to be finished before the major influx of rain. Structural integrity of the slabs was never an issue, but the expected dry time of the concrete never developed leaving relative humidity numbers in the high 90’s.

Once given the go-ahead for the moisture seal, Signature then had to project manage how to best execute installation on the two story building structure, already behind schedule and with a slew of other contractors in its way.

What once on paper looked like a standard install, turned into 10 weeks of hard, crunch-time work to complete all moisture sealing, resilient and carpet efforts amid 80,000 square feet upon two floors. To finish installation, Johnsonite’s Mandalay Millwork wall base was used throughout with four different accents colors in various medical department pods.

Through these efforts, the building achieved its substantial completion date set years prior before any of the companies could envision what they’d be up against. Opened in the Fall of 2017, this now serves as the region’s main facility for the network’s Ophthalmology, OBGYN, Surgery, Optometry and Primary Care Departments.