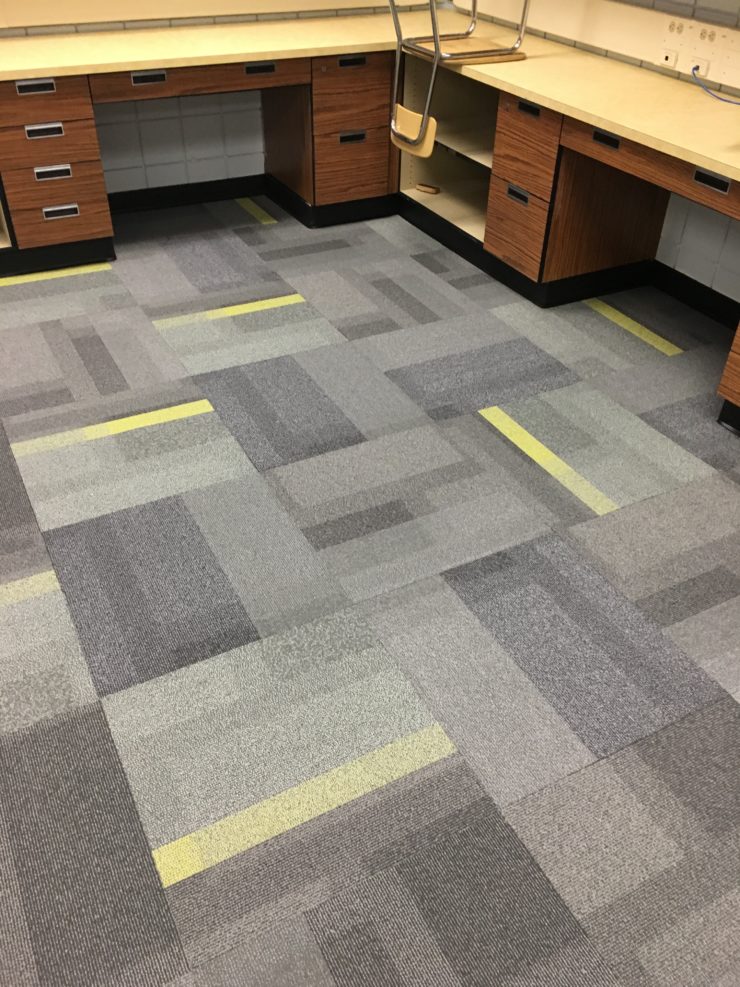 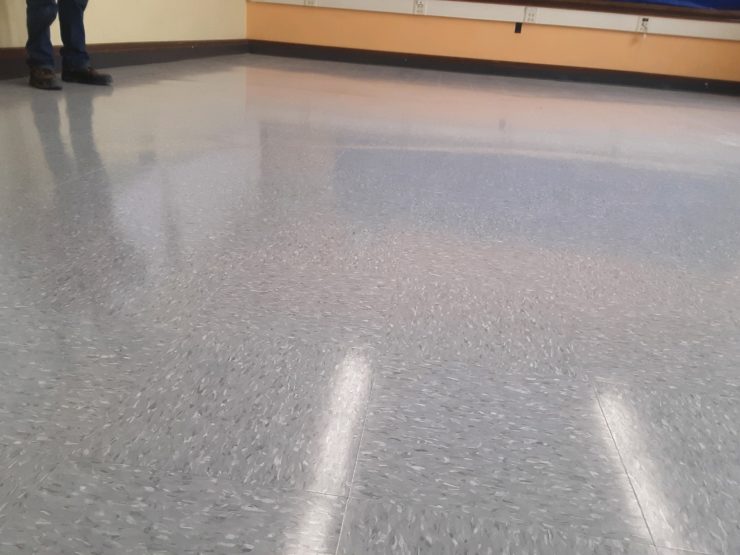 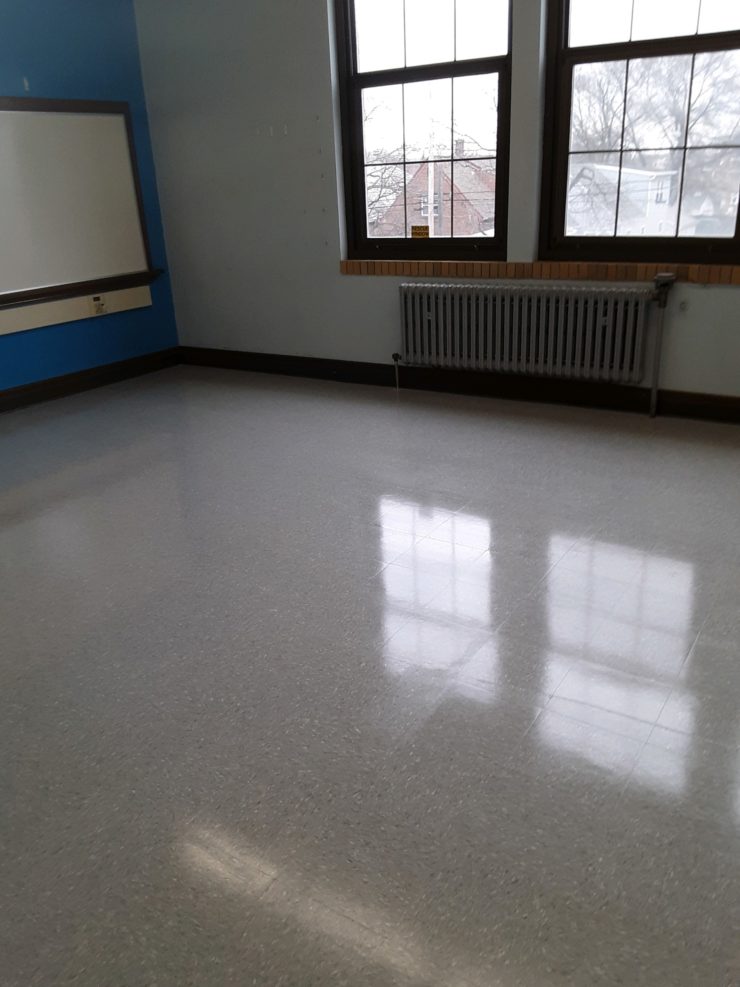 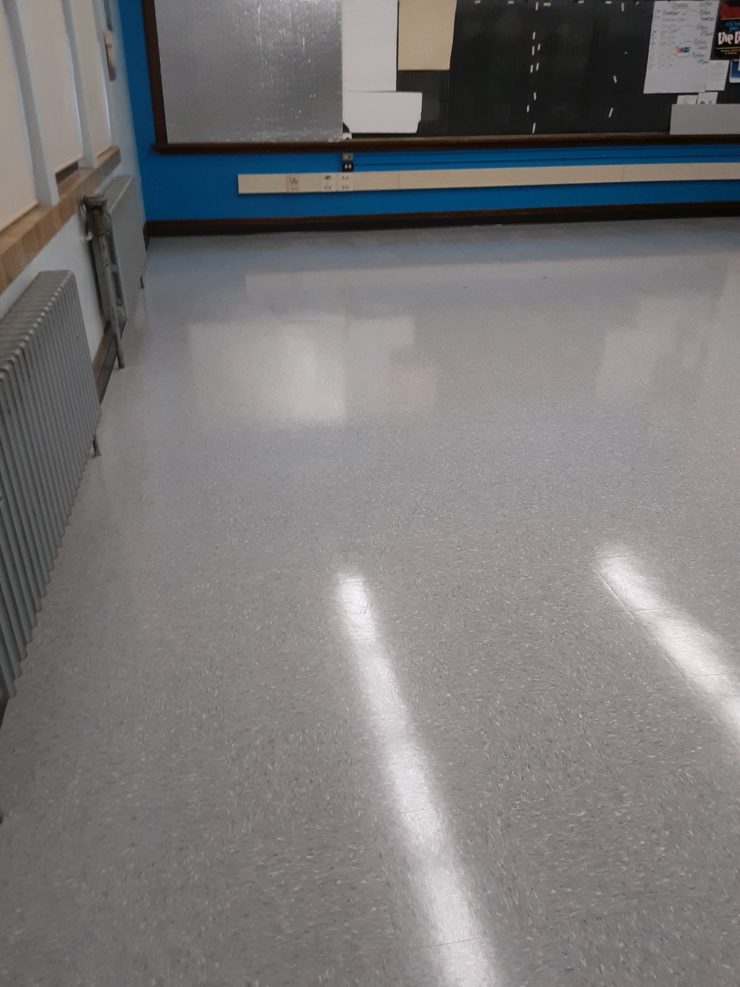 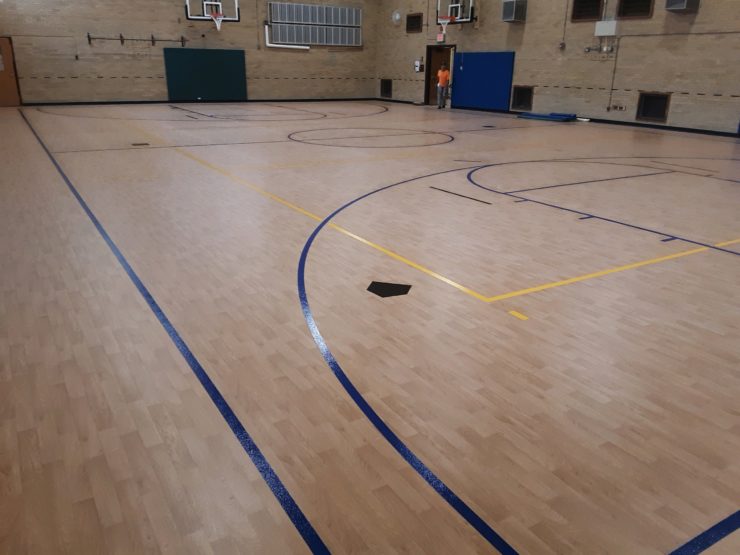 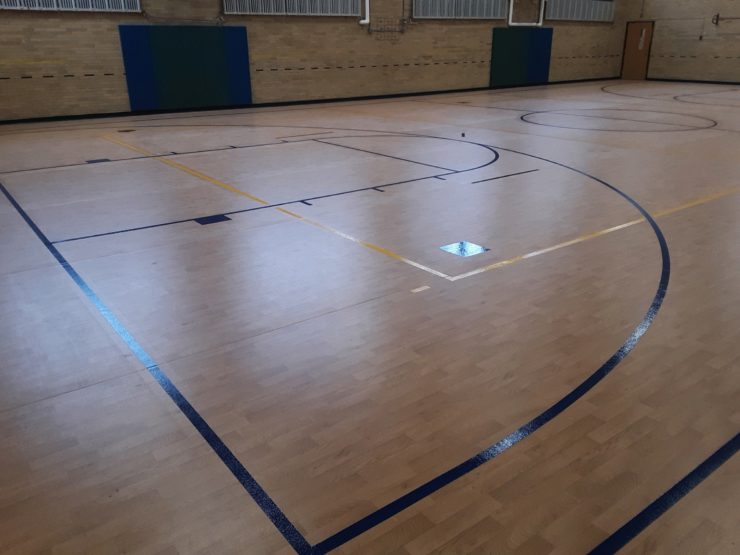 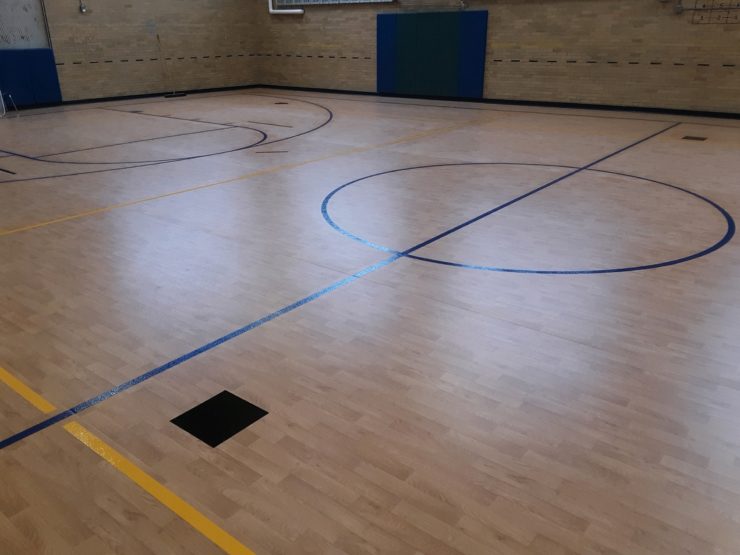 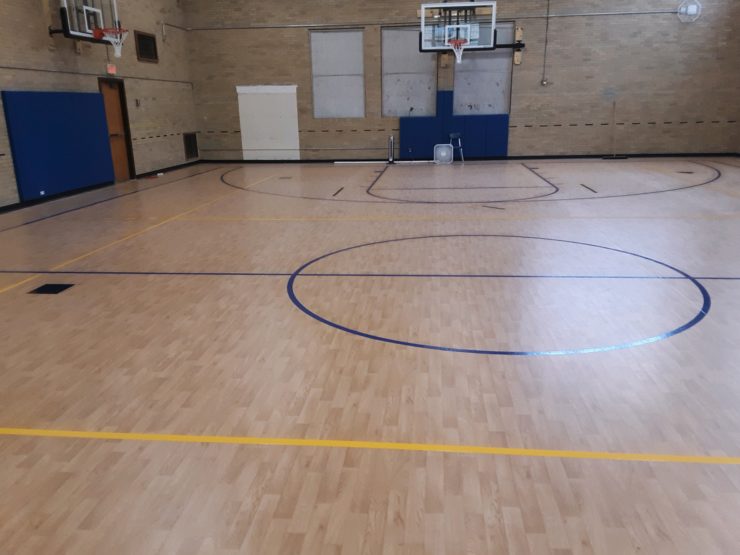 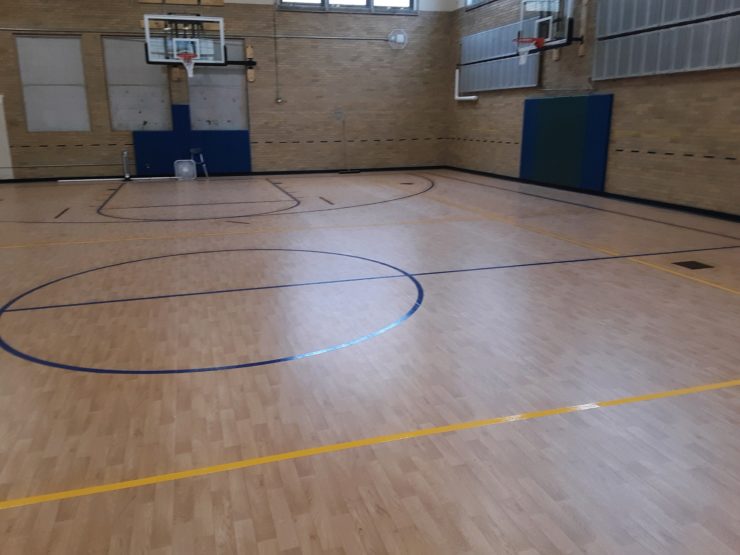 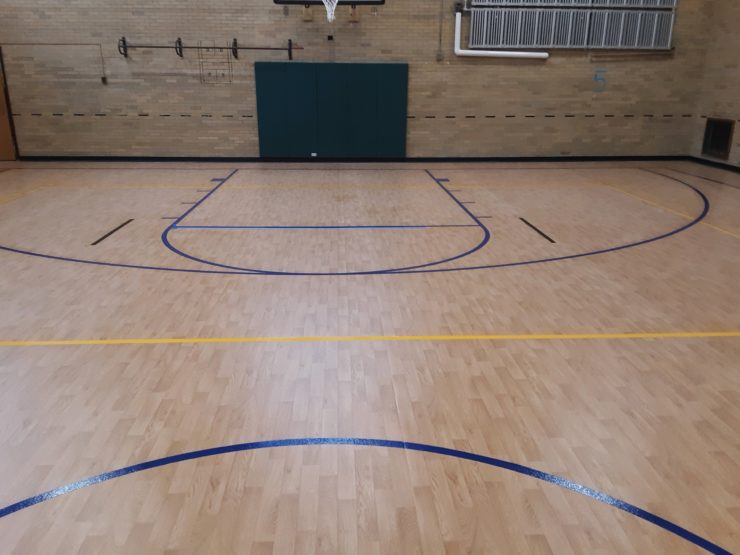 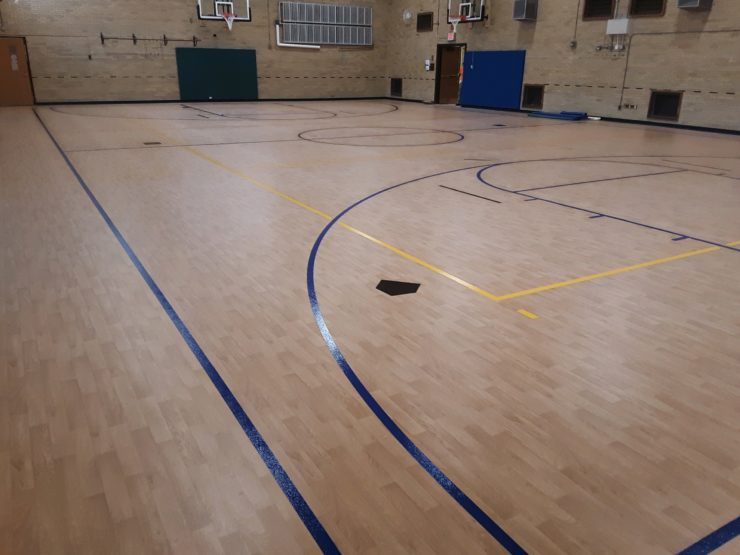 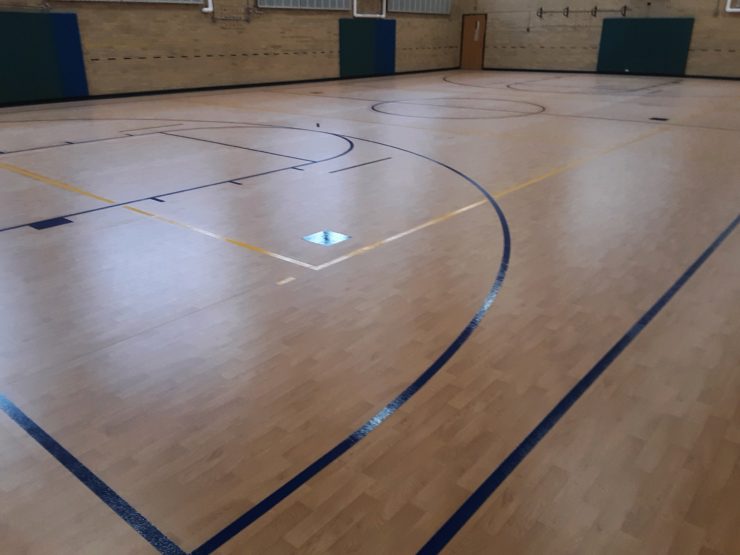 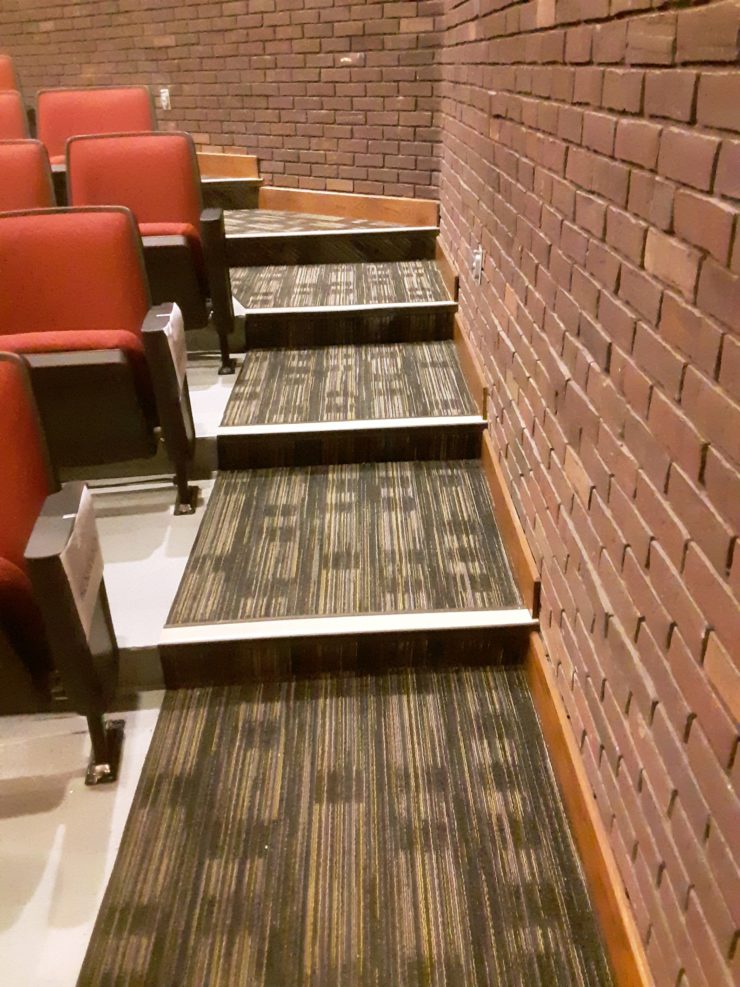 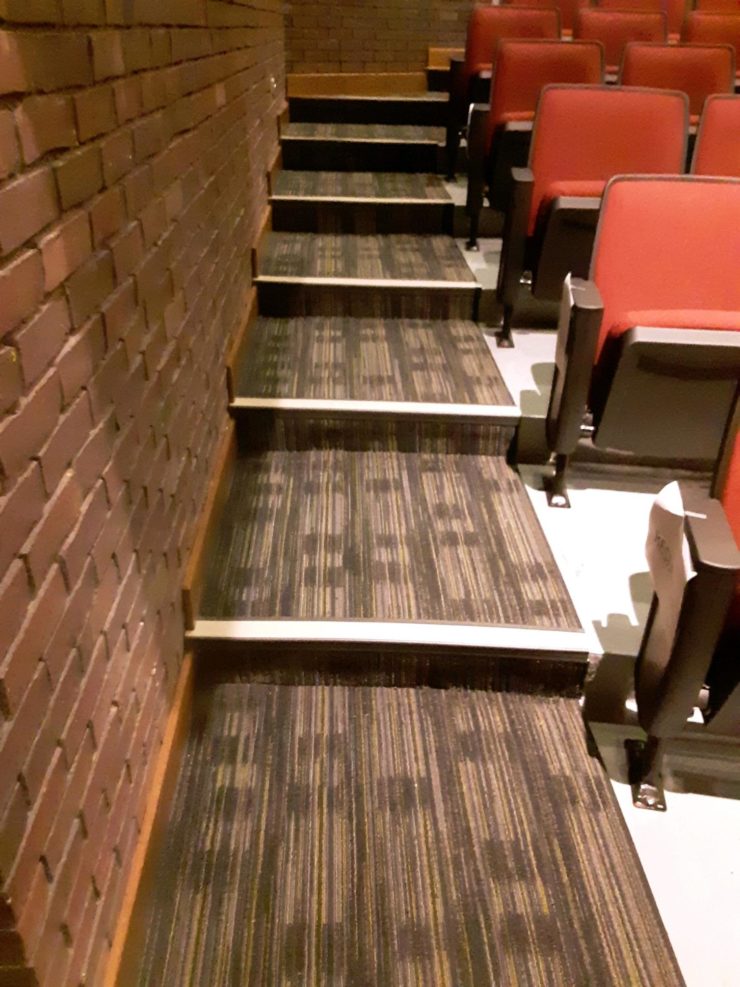 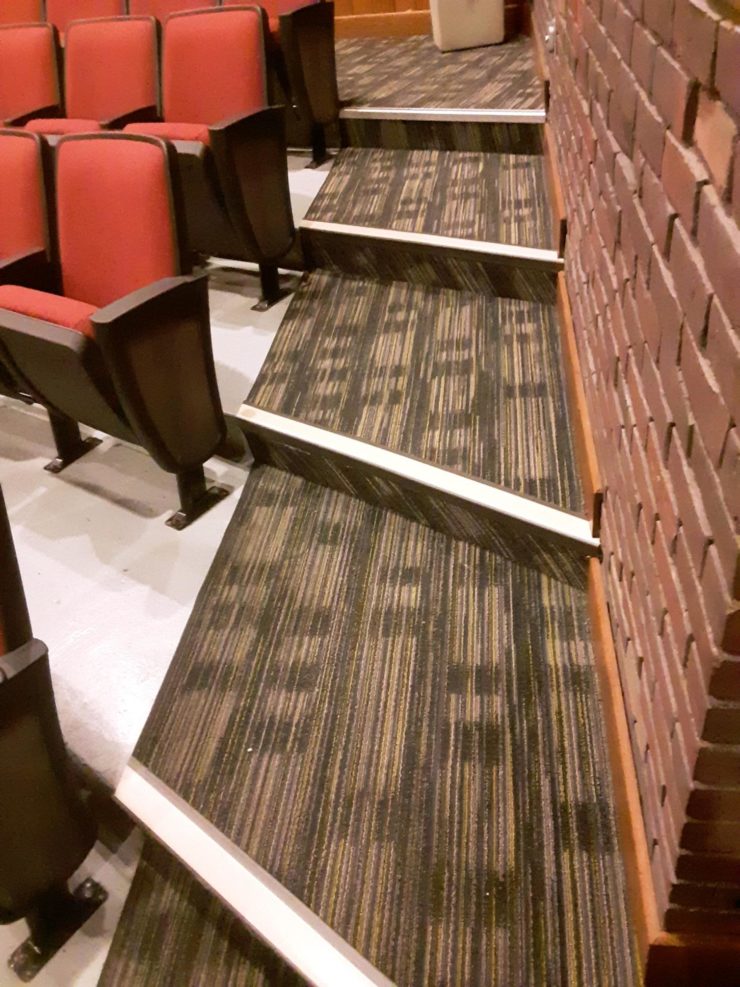 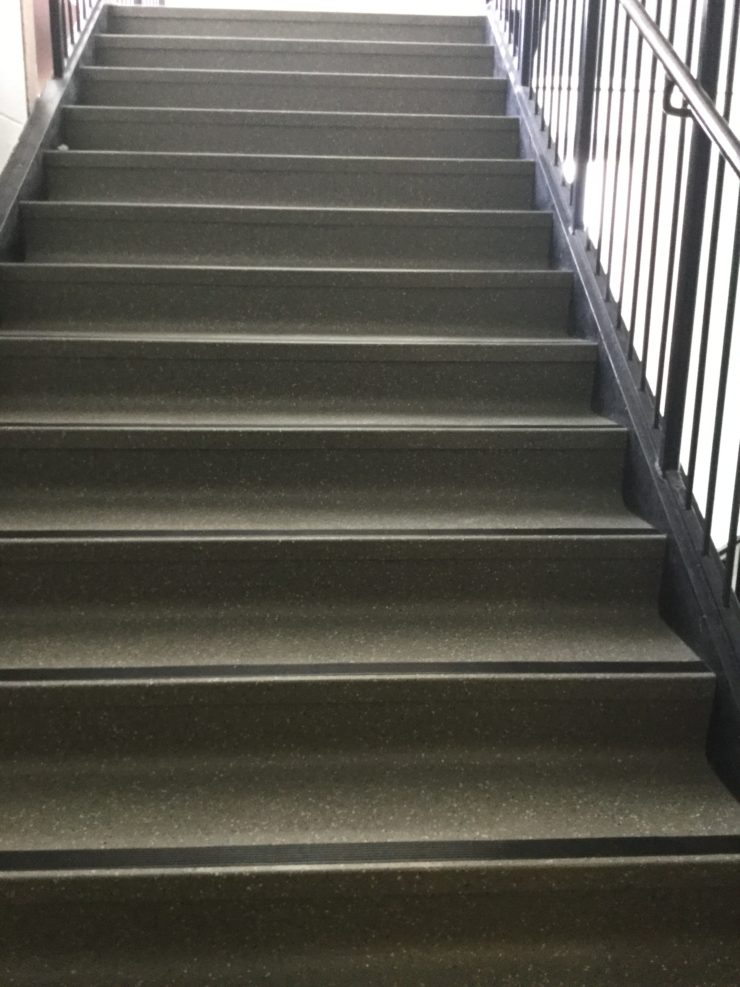 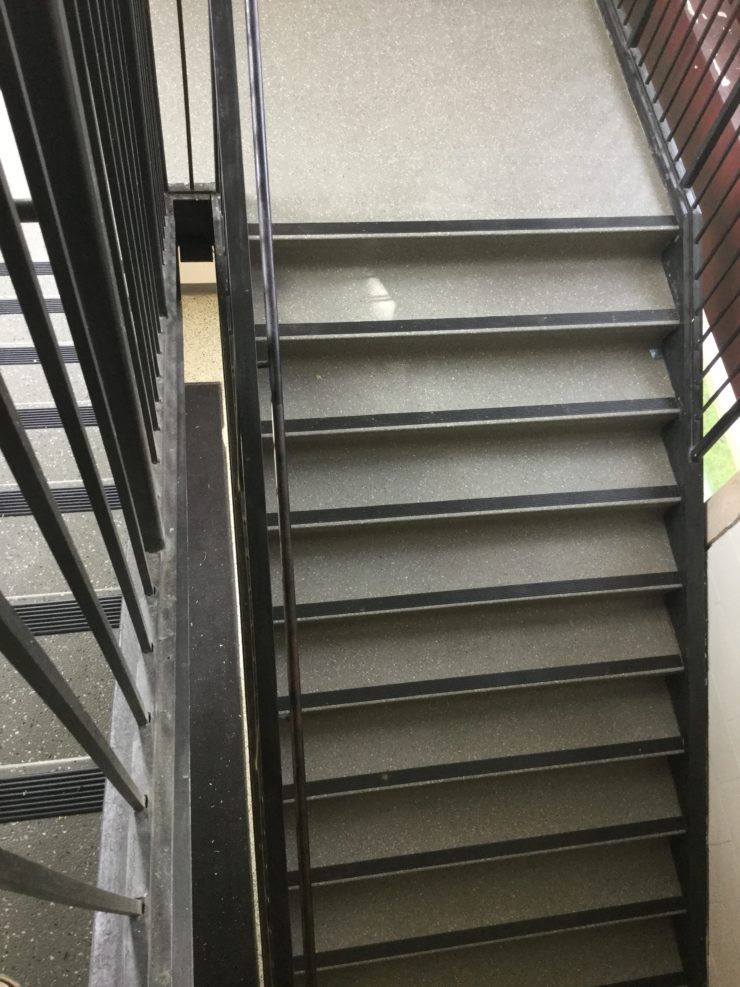 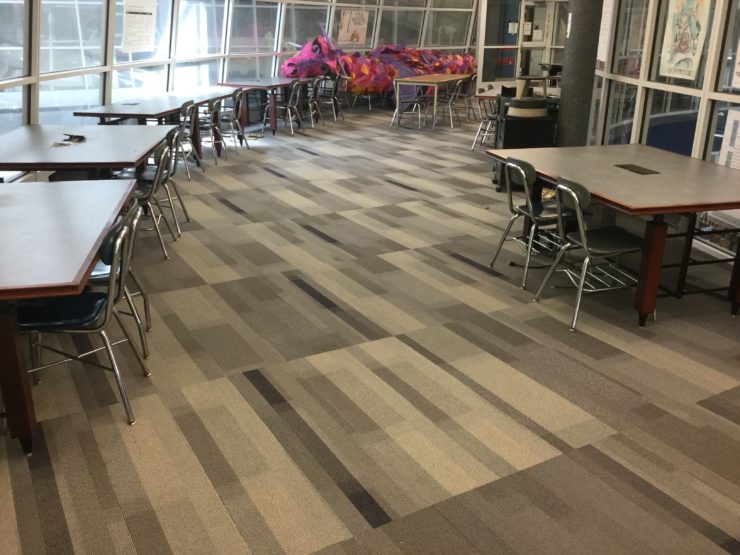 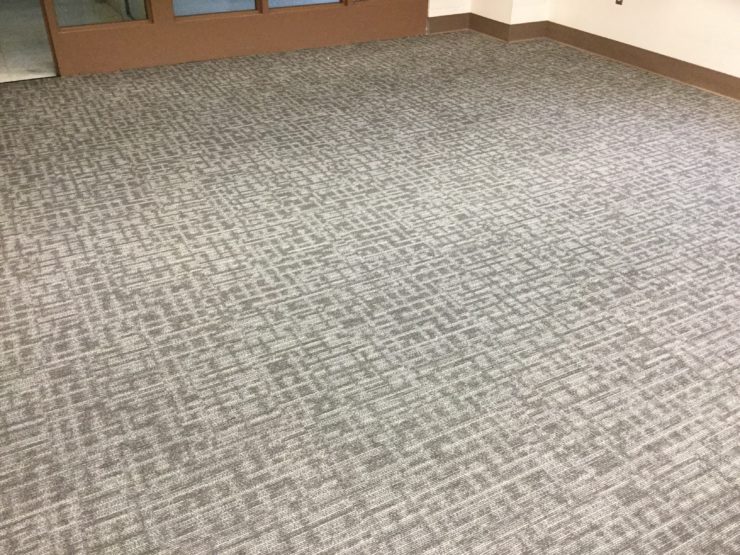 The project timeline was a tight one and we were working in 9 occupied schools for the Niagara Falls School District. The situation was exacerbated by the fact the the buildings had radiant heat which caused the self-leveler much longer to cure/dry. Valuable working days were lost while we waited for the self-leveler to cure. To speed up the process we used more than two dozen floor fans, running 24 hours a day, to dry the leveler. More time was lost due to the lack of loading docks, service elevators, and inclement weather which hampered deliveries. Despite the difficult circumstances, and to the great disbelief of the construction manager, our team was able to meet the deadline without sacrificing any quality in our craftsmanship.

The 9 schools of the Niagara Falls school district that were renovated were open throughout the duration of the work. There was no storage on site, nor was there any loading docks. All material used on this job needed to be re-palletized and hand-loaded into the school, and manually loaded on to the upper floors. Hallways were used for temporary storage, but had to be cleared and cleaned before 7AM the next day. After the existing floor removal was completed, the floors had black mastic on them which needed to be ground off. Once the black mastic was removed a 1.25" of self-leveling was needed. The project used over 8,000 bags of CMP leveler. This was further complicated by the fact that the work areas for each mobilization were rarely in adjacent rooms and temporary mixing stations required constant set-up and take-down. They were frequently on the opposite side of the building, or on a different level.