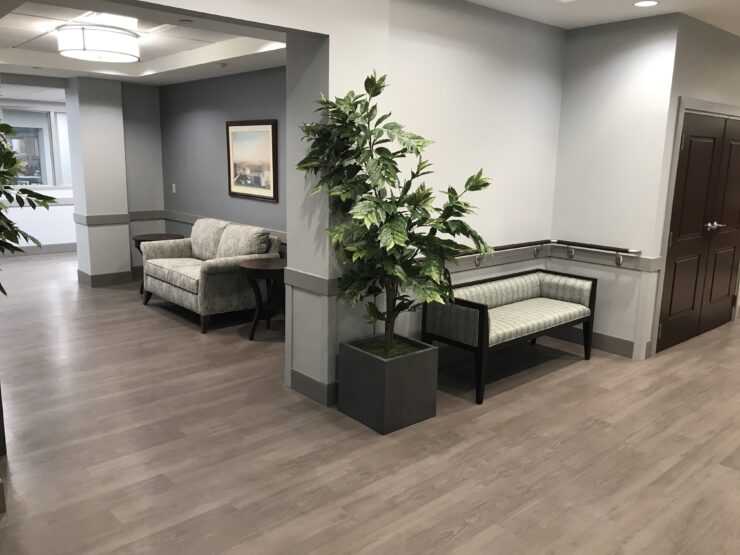 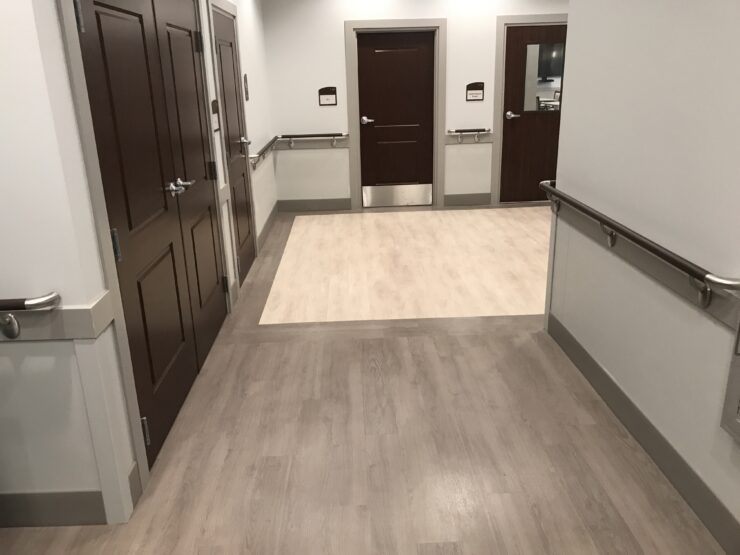 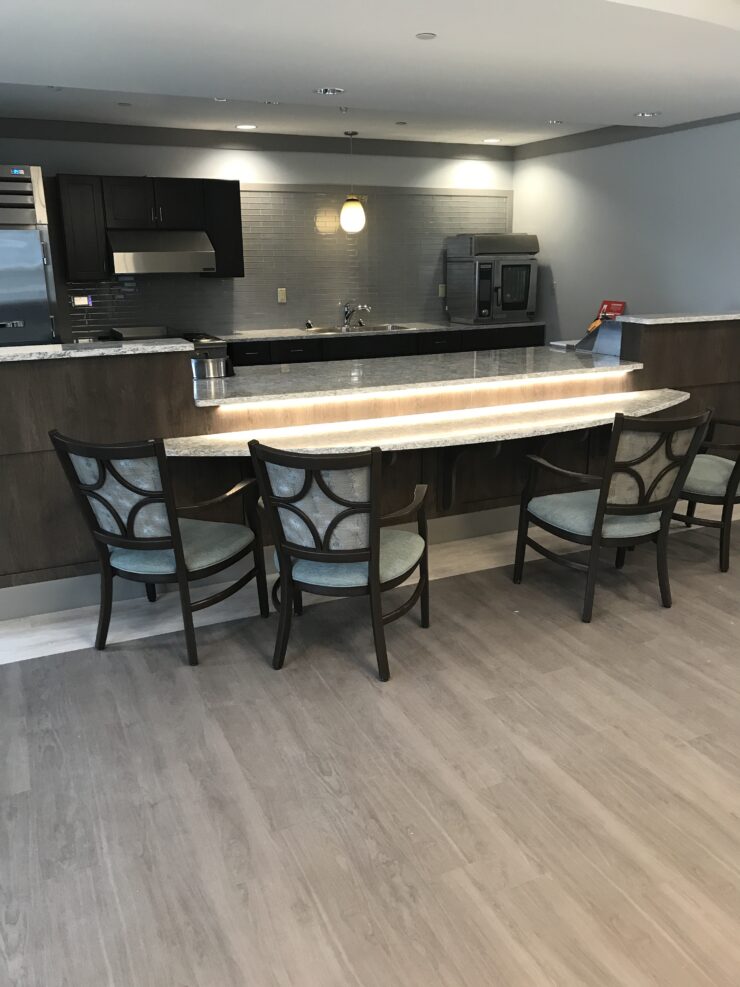 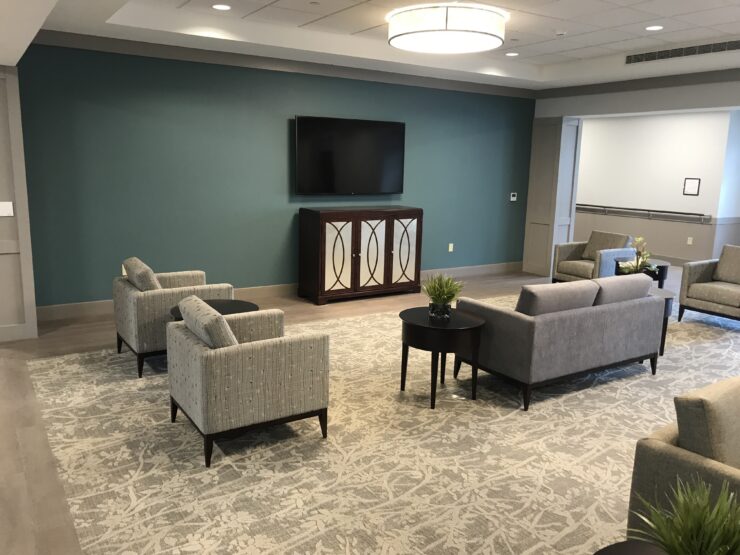 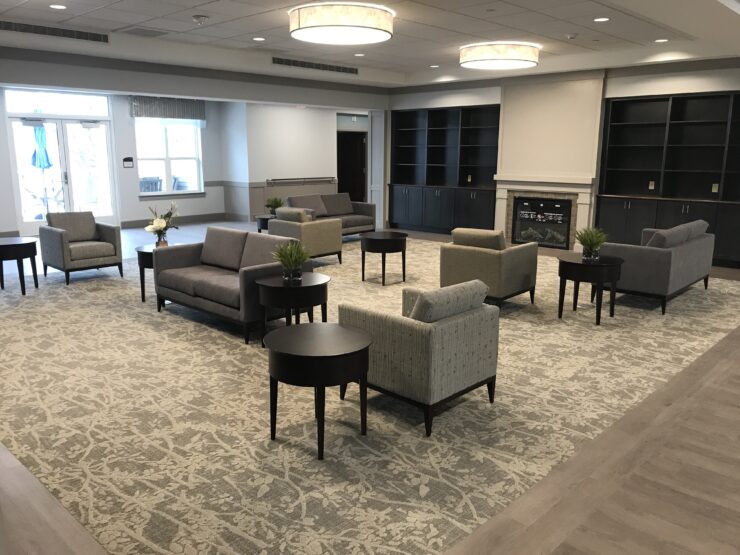 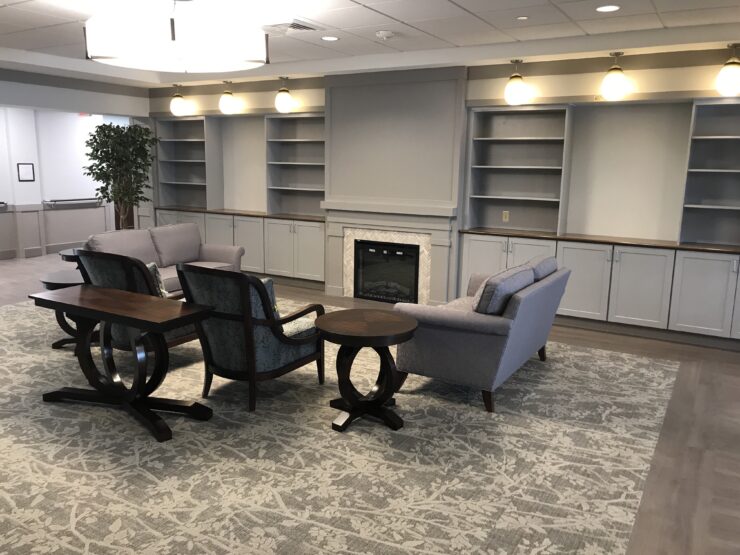 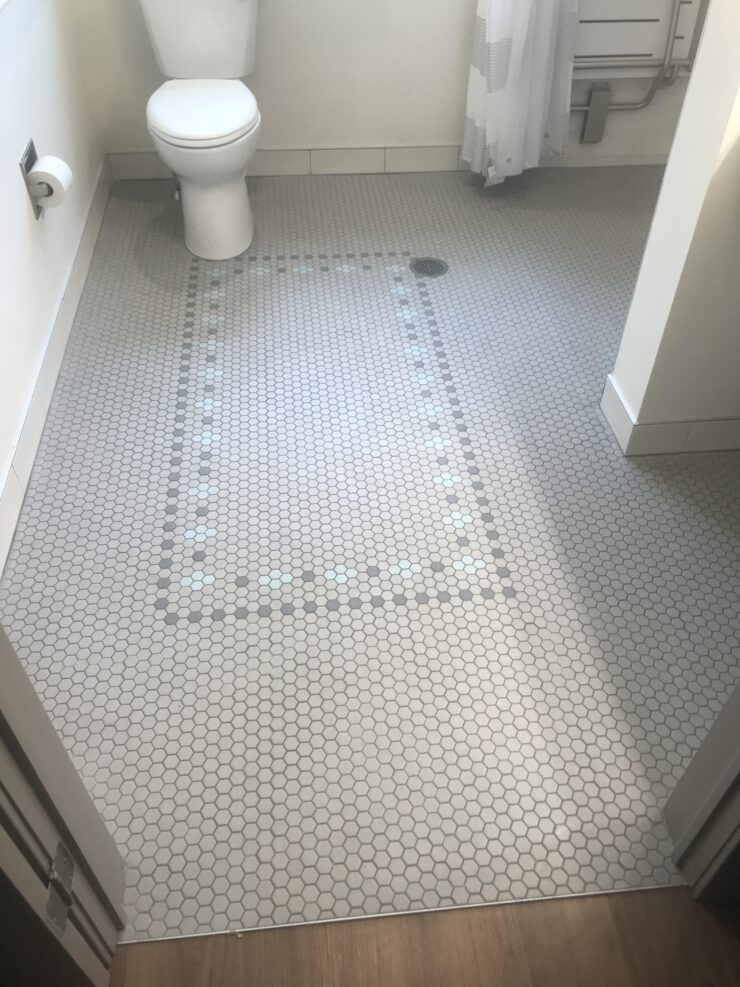 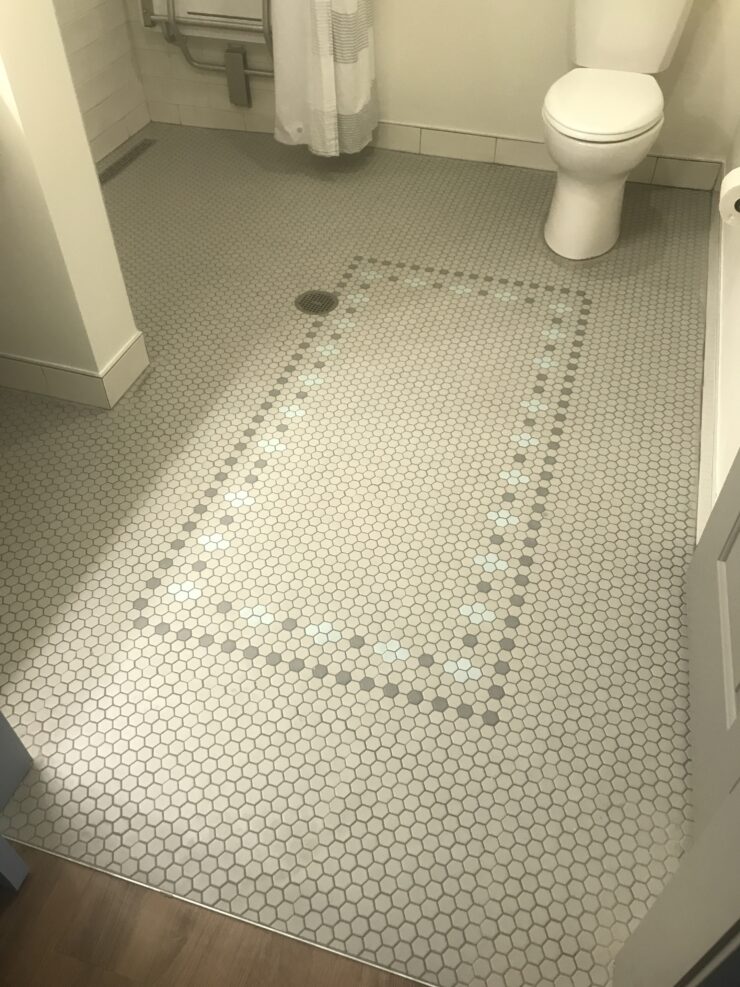 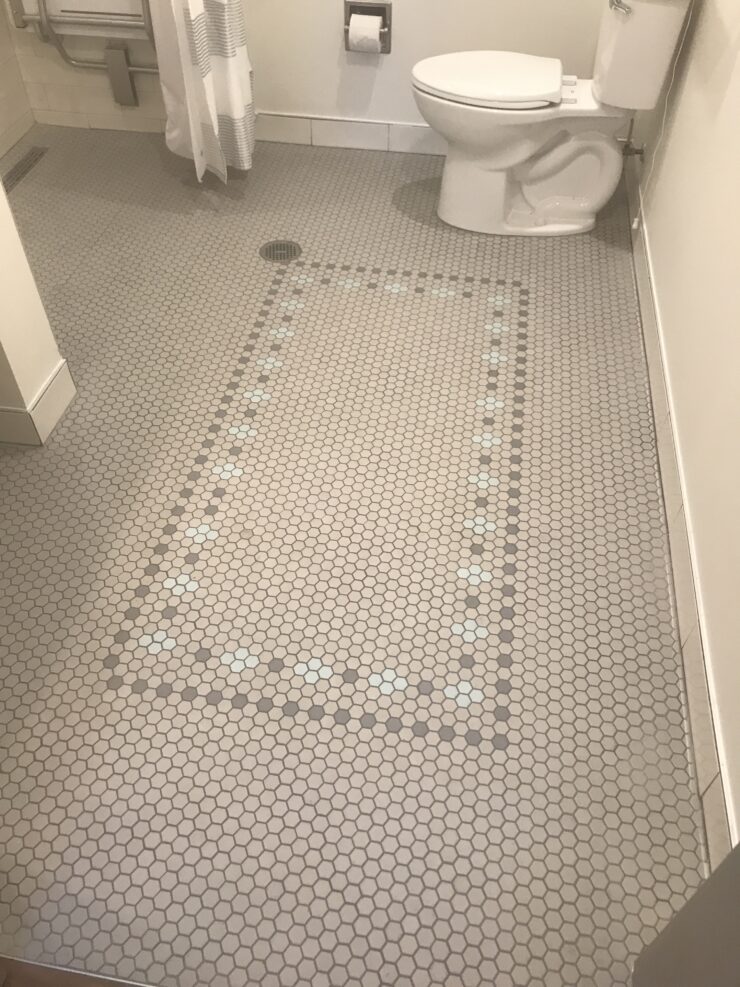 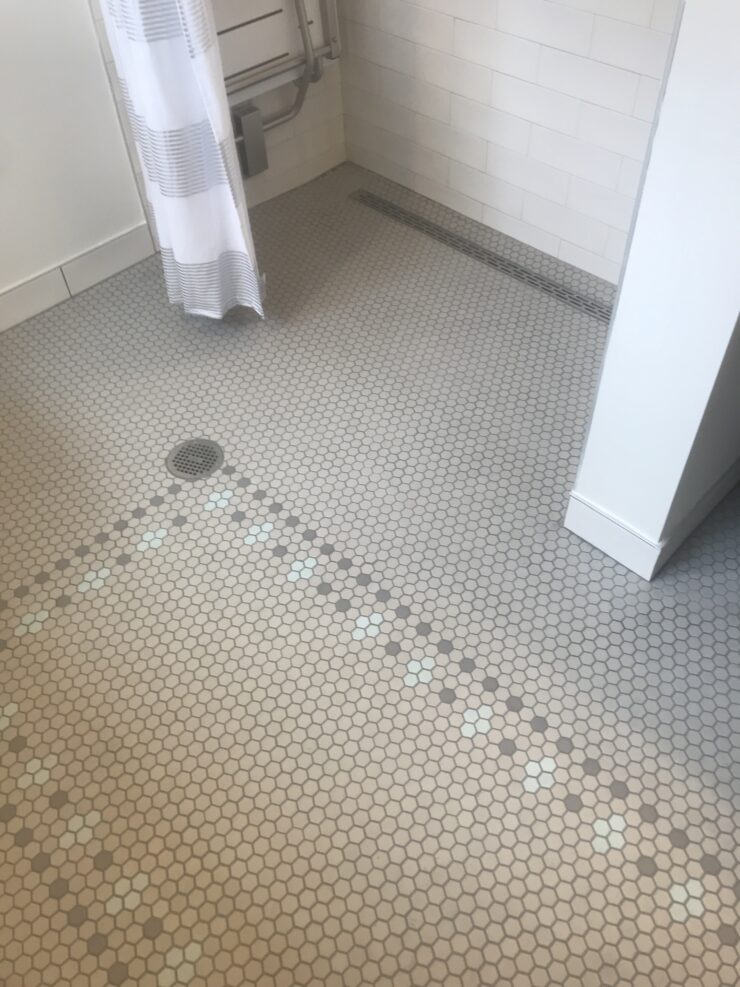 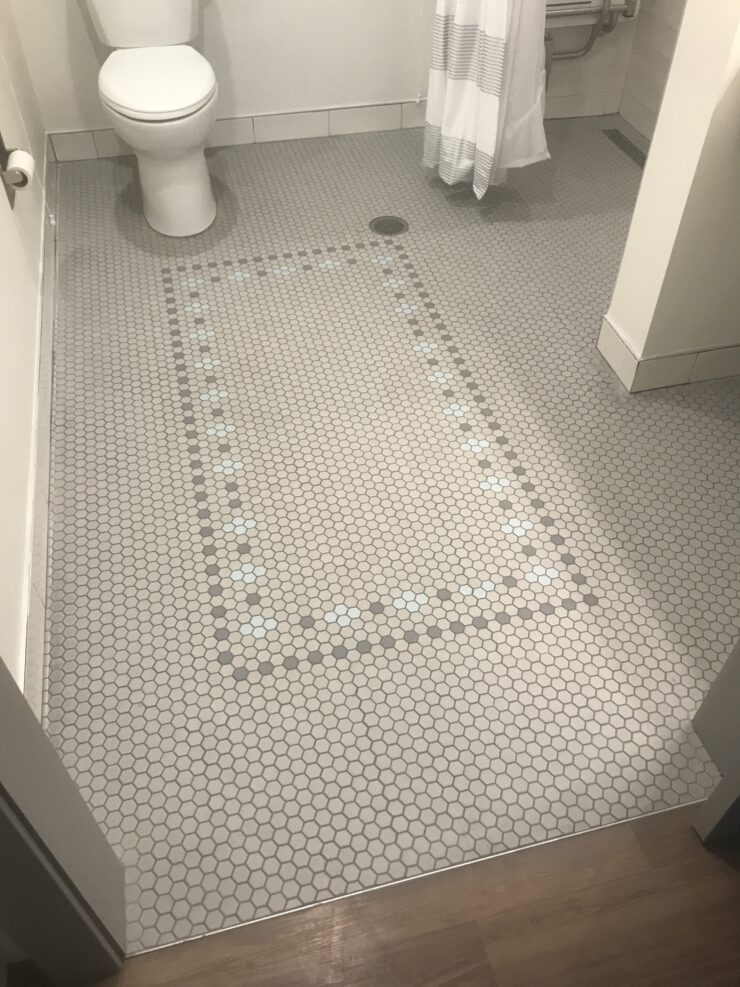 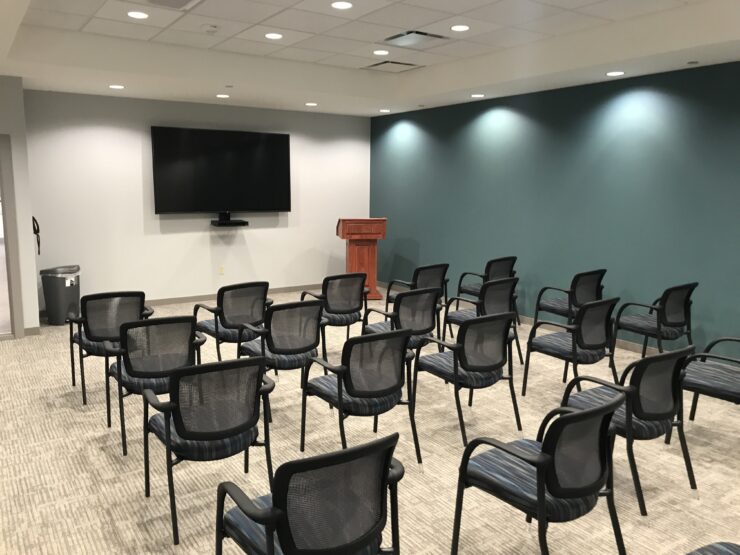 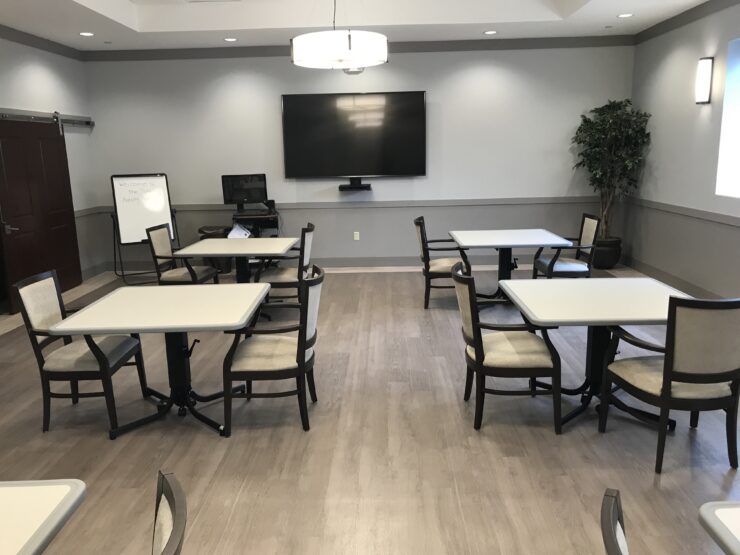 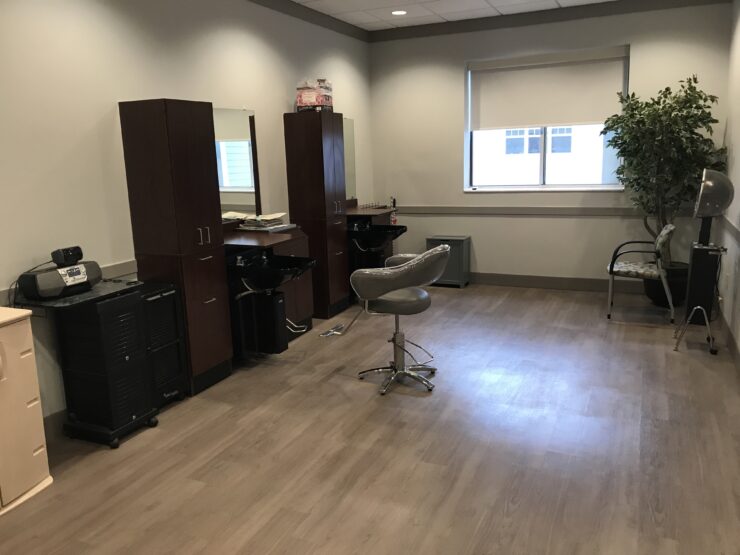 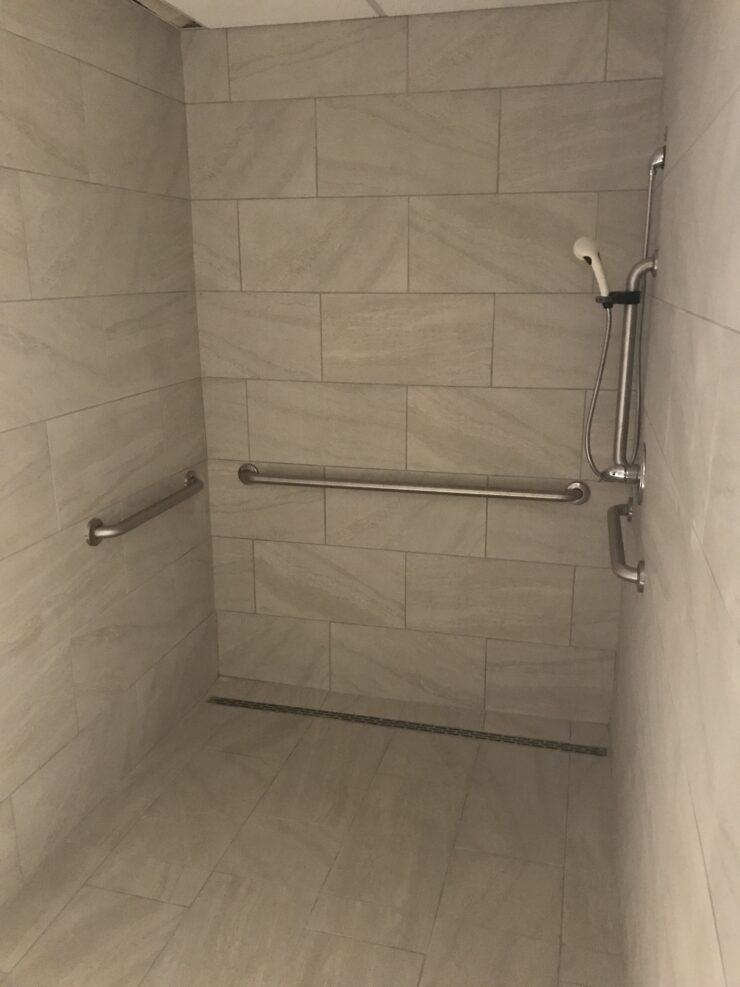 For this senior living facility, from the beginning the most important thing on this project was the timeline. Every day that this project got pushed back, the facility was losing money. We knew the calendar was already on a tight schedule, but as other contractors got held up on certain items and everything got compressed, our start date got pushed back, but they did not want to push back our finish date. At one point we had over 20 installers on site, to try and get the project done as quickly as possible, while still keep the high end quality that we strive for. As we got close to the end of phase 1, Covid hit and everything got halted. Nobody was allowed to be on site for a few months since they had residents living right near the work that was going on. After they started to open up the project again, phase 2 and 3 became even more compressed to make up for lost time during the Covid shutdown. During each phase, we had one week to finish 9 bathrooms, which consisted of a self leveling pour, mud beds, waterproofing, floor tile and wall tile. We had to work longer days and weekends to stick with the schedule. Due to many setbacks the project took much longer than the client originally hoped, but the end result looks great.

This project was a senior living facility in Newtown, PA. The project was done in three phases. The first phase was new construction, which was done in the fall of 2019. From the beginning, the general contractor brought up how important the schedule was, which caused us to be onsite, well before they were ready for us. They had contractors working over each other, and people walking over our completed work. We had to do our best to block off areas and cover the floor as soon as we were able to. They also did not have the sidewalks done before we did some of the areas, so when it would rain, the floor covering would get ruined with people walking over with their wet boots. Phase 2 and 3 were done as a renovation to the existing areas. For the showers, we had to install new mud beds, which became an issue on phase 2 when we realized, after they did the demo, that they did not have the pitch required to the drain. To resolve, we poured the rest of the bathroom with Ardex V1000 to raise the height of the bathroom, except for the shower area. This gave us the pitch that we needed. On phase 3, there was a different problem, which was there was no concrete at the shower, only metal decking. They wanted us to put the mud bed directly on top of the metal decking, which we told them was not an option, especially with the movement of the decking. We had to have them pour a reinforced slab on top of the decking, and then we had to pour the bathrooms again with Ardex V1000 to get us the pitch to the drain like in phase 2. When we poured the bathrooms, we also had to pour slightly into the bedroom, so that the LVT in the bedroom would be flush with the ceramic in the bathroom, as to not have a tripping hazard.