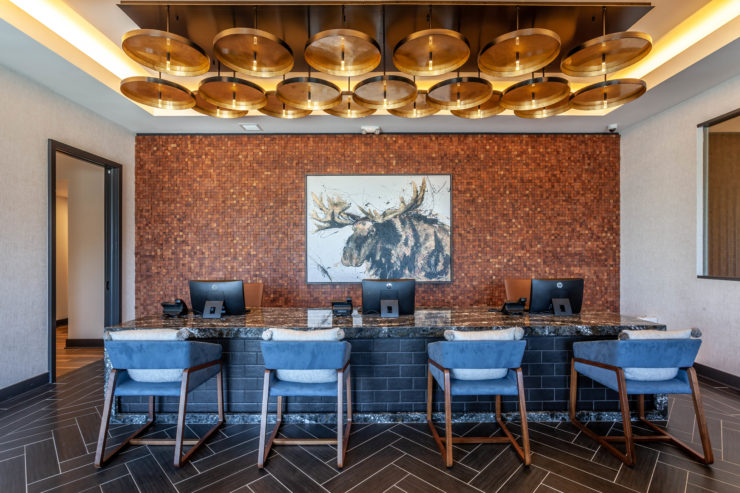 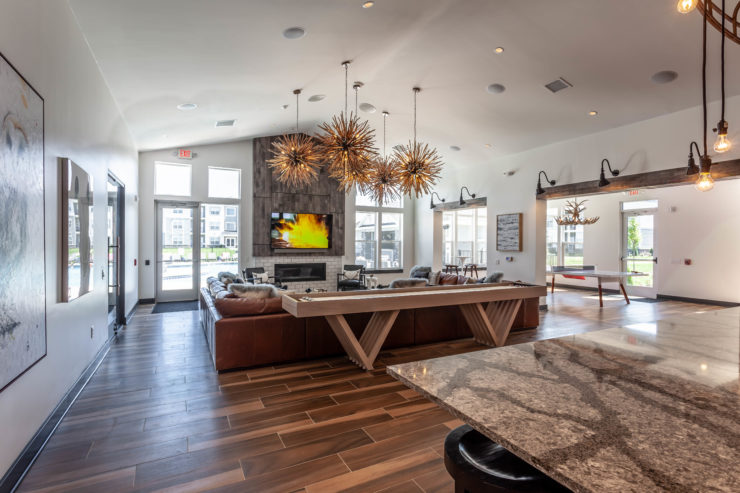 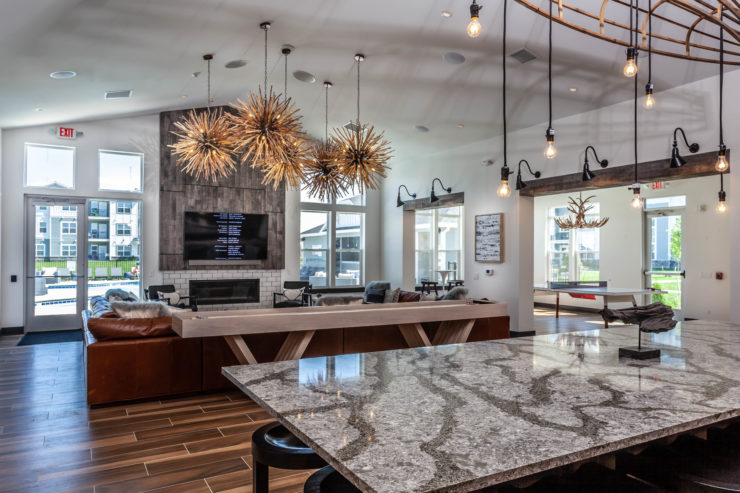 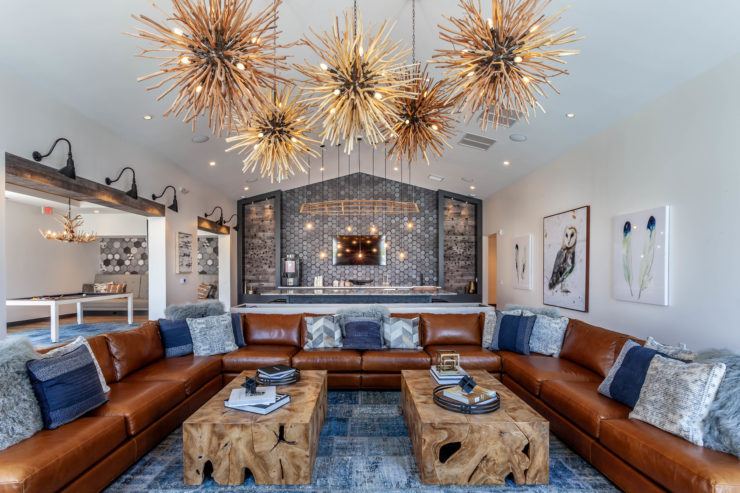 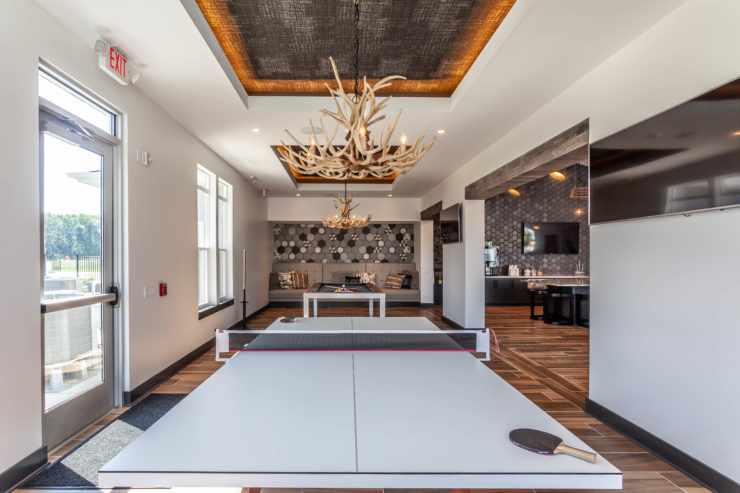 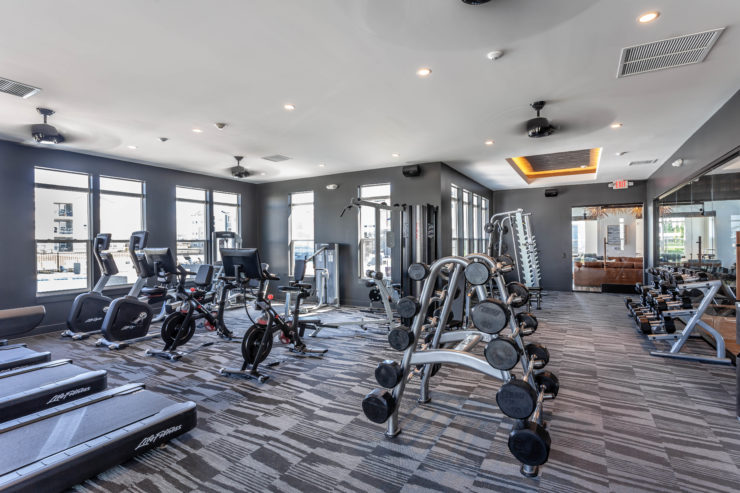 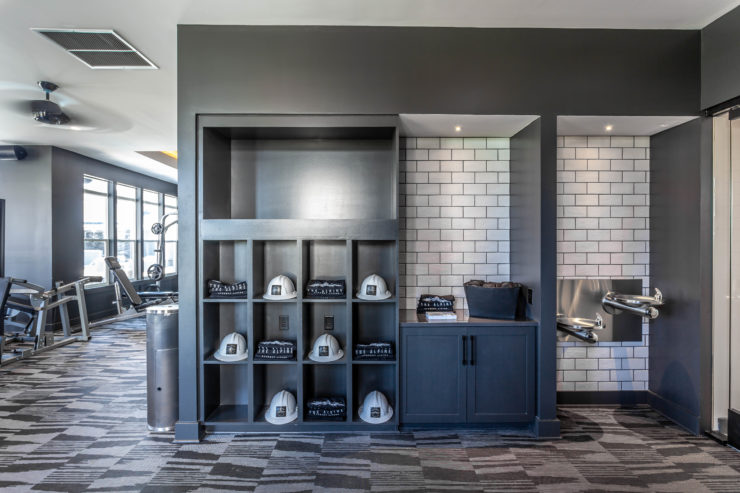 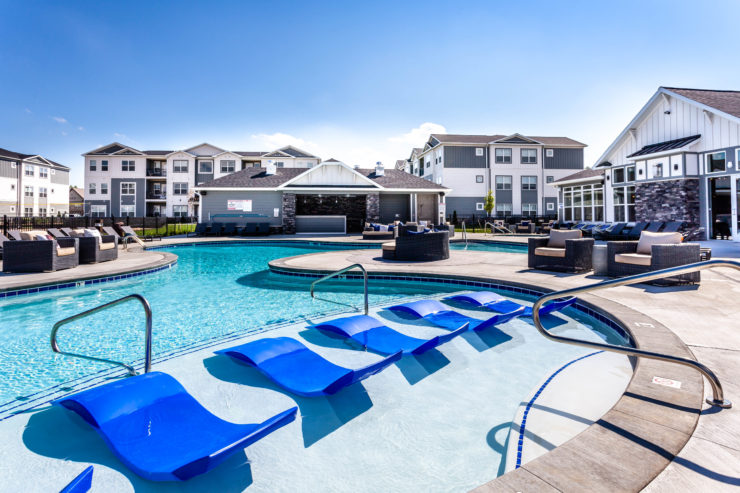 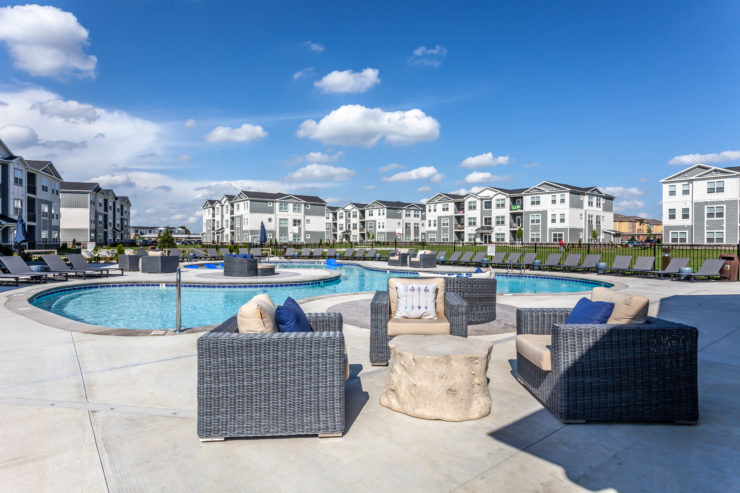 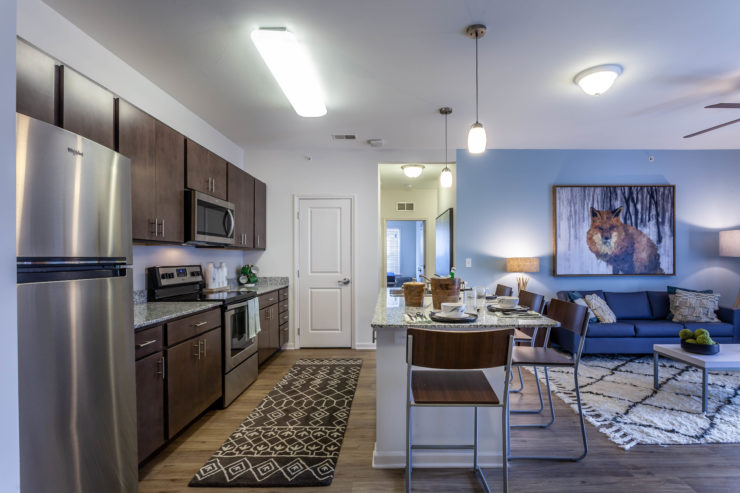 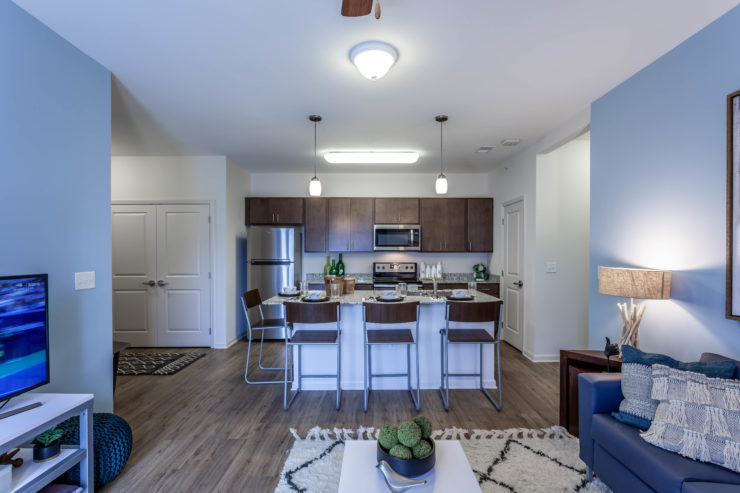 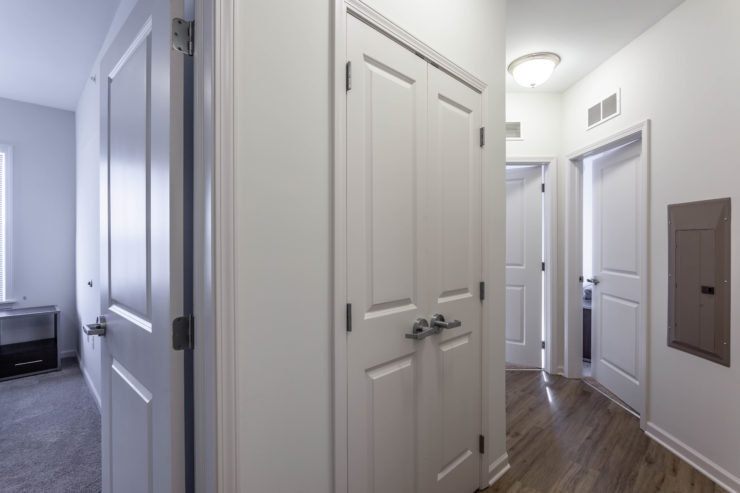 As a local university is exploding in growth, there was a large need for student housing near their campus. 200,000sf and 20,000sy later, we have The Lodge and Alpine student housing complexes. The project is broken down by Clubhouses and Apartments. For the apartments, the theme was simple, BUDGET! As most of us know, student housing sees its fair share of abuse. Originally specified as an off-name 6mil LVT plank, I was able to work with a great fuse partner in Armstrong Worldwide and was able to switch it to Armstrongs Natural Personality. They were able to deliver amazing colors and very little lead time. The owner loved it so much that he wanted it for the 2nd phase of the project. In total, we were able to eliminate 8 weeks of lead time issues and over $45,000 in total cost savings. Due to Armstrongs help we were able to secure the project and be awarded other phases along with gaining a new repeat GC client.